In August, ABC television asked US President Joe Biden what he thought of Chinese media’s claims that the Taliban’s takeover of Afghanistan without a fight had shown Taiwan that Washington could not be relied on to come to its defense.

Biden replied that the US’s commitments to Taiwan, South Korea and NATO were fundamentally different situations than what had happened in Afghanistan. “We made a sacred commitment to [NATO treaty] Article 5 that if, in fact, anyone were to invade or take action against our NATO allies, we would respond,” Biden said. “Same with Japan, same with South Korea, same with — Taiwan,” Biden said. 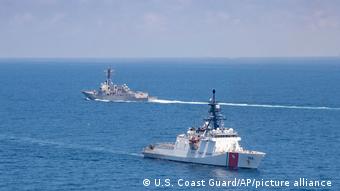 A US administration official later clarified, according to Reuters, saying “US policy with regard to Taiwan has not changed.” Analysts said Biden appeared to have “misspoken.”

Has Biden now had another slip of the tongue? Asked at a CNN town hall on Thursday whether the United States was willing and able to defend Taiwan in the event of an attack by China, Biden answered: “yes and yes.” 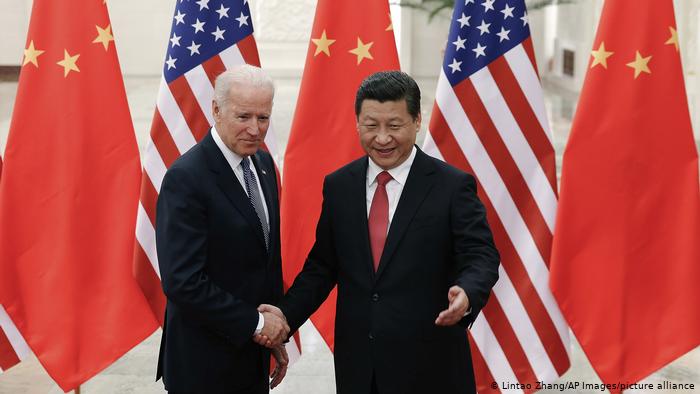 Asked by the moderator if that meant the US would defend Taiwan if China attacked, Biden said: “Yes, we have a commitment to do that.”

Once again, a White House spokesman clarified after Biden spoke that there had not been a change in US policy with regard to Taiwan, adding that defense cooperation continues to be conducted under the Taiwan Relations Act, which Congress enacted in 1979, when the United States and the People’s Republic of China established diplomatic relations. The Taiwan Relations Act led to the severing of official ties and the mutual assistance pact between the United States and Taiwan.

The act was intended to reassure the government and the people of Taiwan that the United States would continue to offer support despite the rupture in relations. Specifically, the United States pledged to “make available to Taiwan such defense articles and defense services in such quantity as may be necessary to enable Taiwan to maintain a sufficient self-defense capacity.” 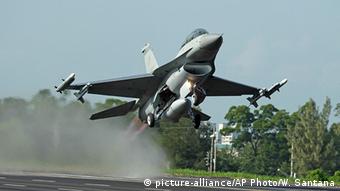 According to the act, the United States “shall maintain the capacity to resist any resort to force or other forms of coercion that would jeopardize the security, or social or economic system, of the people of Taiwan.” The open-ended wording of the act is the basis for what observers call the “strategic ambiguity” of the US’s policy since 1979. Washington has left it open whether the United States would come to Taiwan’s aid with a military intervention should mainland forces attack. A formulation like that would be interpreted by China’s government as support for Taiwan’s independence efforts.

This is worded quite differently from Article 5 of the NATO Treaty. In the event of an attack on a member state, the NATO Treaty explicitly provides for assistance from the other members, including the use of armed force.

Despite the US’s continued arms deliveries to Taiwan, the United States and China have continued to pursue closer relations since 1979, especially in the late 1990s under Presidents Bill Clinton and Jiang Zemin. But that is over, Marco Overhaus, of the Berlin-based German Institute for International and Security Affairs (SWP), wrote in an article for the newspaper Die Welt.

“In Washington, the perception has taken hold that the rivalry with China is an epic struggle between the free-market democratic West and state-capitalist authoritarian China,” Overhaus wrote. “US President Joe Biden has placed the self-assertion of democracies against authoritarian states at the center of his foreign policy.”

Unofficial channels of dialogue did exist for a long time between the governments of China and Taiwan. But those are dead now, as well. China’s government has never ruled out a violent reconquest of the “renegade province” of Taiwan. But, after establishing official relations with the United States, China’s motto was “peaceful reunification” and “one country, two systems.”

These ideas have been torn up and consigned to the dustbin since China’s throttling of the democracy movement in Hong Kong and two election victories in a row of Taiwanese President Tsai Ing-wen. Beijing considers Taiwan part of the territory of People’s Republic of China, but the democratically elected Taiwanese government operates autonomously. 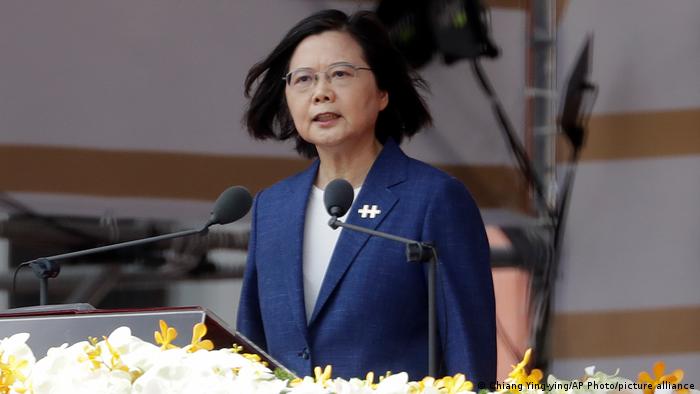 Tsai Ing-wen, who was elected to a second term, embodies Taiwan’s national pride

Tsai is the personification of a new Taiwanese identity that is decidedly distinct from the mainland. There is no question of declaring Taiwanese independence because that is the “red line” for Beijing, and crossing it would automatically result in a military response. But Taiwan is already increasingly exposed to massive military provocations by the mainland — such as the increasing dispatch of Chinese fighter jets in the vicinity of Taiwanese airspace.

Bonnie Glaser, director of the Asia Program at the German Marshall Fund of the United States, told the Reuters news agency that Tsai has sought to maintain the status quo on the Taiwan Strait and is not guilty of any particular provocation. However, Glaser said, China’s government is concerned by the strengthening of defense ties between Taiwan and the United States, among other issues.

Figures confirm that the US-Taiwan relationship is getting closer. “In fiscal years 2016 to 2020, the US sold approximately $16.7 billion worth of arms to Taiwan,” Overhaus, of the SWP, wrote in Die Welt. “In fiscal year 2020, Taiwan was  the largest customer of US arms, at $11.8 billion.” 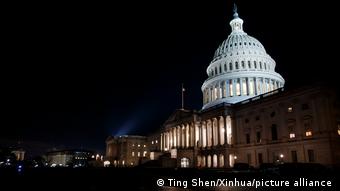 Overhaus wrote that he has detected growing pressure from Congress to no longer limit the US government to arms sales but to explicitly commit to defending Taiwan and thus to deterring Beijing. Although Biden’s key aides have rejected such a change of policy, Overhaus wrote, Washington is “slowly adjusting” its course.

Signs of this, he wrote, include the presence of US special forces in Taiwan and “mounting reports of high-level visits to Taiwan from the US State and Defense Departments.”

Reuters reported that Glaser called Biden’s recent statement a “gaffe” and said it was “patently false” for Biden to say the US has a commitment to defend Taiwan.

Glaser told Reuters that the notion that Biden was offering a deliberately ambiguous message makes no sense: A confused US policy would not be good for deterrence.

This article has been translated from German. 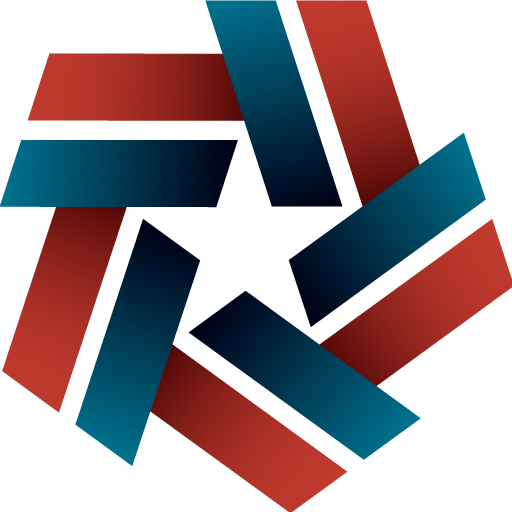 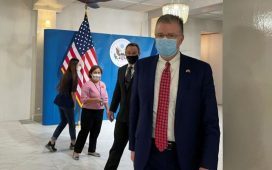 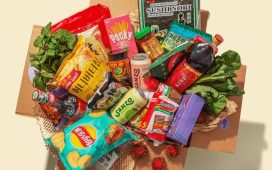 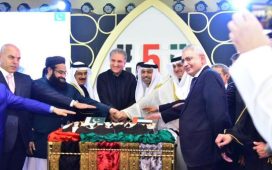