There is a “very serious” risk of violence at Joe Biden’s inauguration, Donald Trump ’s former FBI director has warned.

James Comey, who was fired by President Trump in 2017, said he was “mystified” by the failure to police the storming of the Capitol and called on the perpetrators to be dealt with “swiftly and severely”.

Ahead of President-elect Biden’s inauguration on Wednesday, he told Sky News’ Sophy Ridge on Sunday: “I’m worried because there are armed, disturbed people who are in this state of mind where they believe their country is being taken from them.

“And so it’s a threat law enforcement in the States has to take very seriously.”

Asked how Mr Biden will get on with the PM, he said: “I don’t know Boris Johnson well enough to know.

“I gather he’s … at least he’s portrayed in the States as a little less crazy, a little less mean Donald Trump but I don’t know whether that’s true or not.”

He also described Trump as a “demagogue” and “mob boss” with a child-like “hunger for affirmation” and backed efforts to impeach him a second time.

It comes as protesters are expected to descend on statehouses across the US today ahead of the inauguration.

The Trump supporters back baseless claims that electoral fraud robbed the Republican of a second term.

Law enforcement are braced for violence, and more than a dozen states have activated National Guard troops to help secure their capitol buildings.

It follows an FBI warning of armed protests, with right-wing extremists emboldened by the deadly January 6 Capitol riots.

There were scattered demonstrations on Saturday, but statehouses remained mostly quiet.

But security officials eyed Sunday as the first major flashpoint as that is when the anti-government “boogaloo” movement made plans weeks ago to hold rallies in all 50 states.

While many states have erected fences or other barriers to secure their capitols, Texas and Kentucky have taken the further step of closing their capitol grounds to the public.

It is just days until Wednesday’s Inauguration Day, when Democrat Joe Biden will be sworn in amid extraordinary security efforts in Washington, DC.

The downtown area of the capital was virtually empty on Saturday, with streets near the Capitol closed and battalions of camouflaged National Guard soldiers taking up positions across the city centre.

Connecticut has activated its National Guard in preparation for as many as 2,000 mostly Trump supporters at its capitol complex in Hartford on Sunday, a state police spokesman said.

“We are preparing possibly for anything to happen,” said Trooper Pedro Muniz, adding that there had not been any specific threats. “We won’t tolerate any acts of violence.” 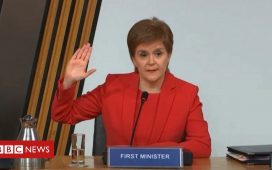 Budget 2021 live: Sunak says he will use 'full measure of our fiscal firepower' to protect jobs 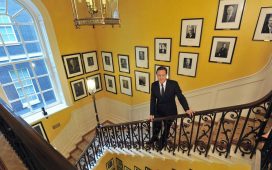 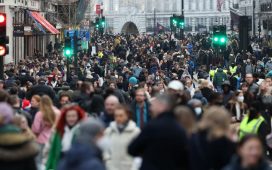