Aside from the swoon-worthy snaps, many eagle-eyed fans noticed that the fluffy feline looked like one of Taylor Swift‘s cats.

Swifties know the Lover songstress is the proud mom to three fur babies: Meredith Grey, Olivia Benson and Benjamin Button. From the looks of Joe’s images, it appeared he featured Taylor’s new addition to her pet family, Benjamin.

The cute snaps showed the little one hiding under a rug, inside few boxes and brown paper grocery bags. In another Instagram Story, the Harriet actor shared a selfie of himself drinking what appeared to be white wine.

With his latest social media posts, it’s clear he’s spending some quality time with his girlfriend during quarantine.

Still skeptical? Taylor recently shared a photo of Olivia, and the same rug Benjamin was hiding under in Joe’s post is identical.

As of late, the two have been slowly sharing more insight into their romance.

Back in February, the Cats star celebrated her boyfriend’s birthday with an intimate dinner at the London hot-spot Bob Bob Ricard. According to a source, Ed Sheeran, Cherry Seaborn and other close friends joined the pair at the restaurant.

Moreover, Taylor briefly opened up about her relationship in her Netflix documentary, Miss Americana.

“I was also falling in love with someone who had a really wonderfully normal, balanced, grounded life,” she expressed.

During this time in quarantine, Taylor has been helping out with Coronavirus relief efforts.

Earlier this month, she performed in the comfort of her home during the One World: Together At Home concert, which was put together by Lady Gaga, Global Citizen and the World Health Organization.

Moreover, back in March the “Me!” singer donated money to her fans who were impacted by COVID-19.

One of the Swifties to receive help, Holly Turner, told E! News: “I saw that she had just started following me on tumblr, so I was jumping around and screaming about that, and then I saw that the top post on Tumblr was about the fact that I was financially struggling and I thought, ‘There’s no way she’s following me because of that.’ Then I started losing my mind even more.”

It’s only a matter of time before Taylor makes a cameo on her boyfriend’s Stories with her cats. 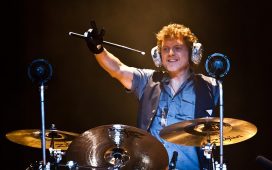 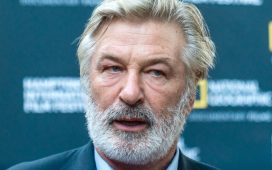 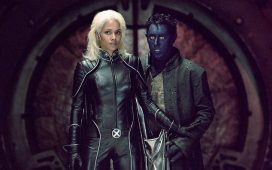