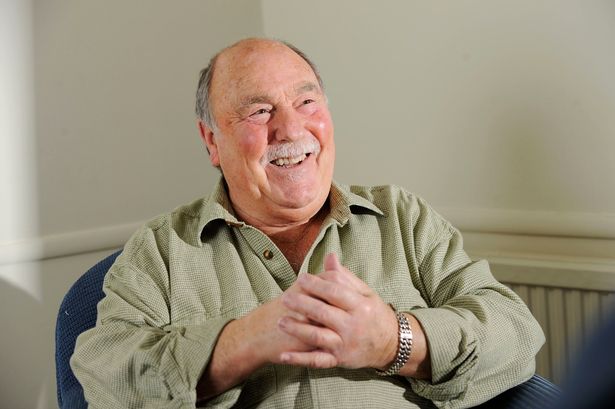 To some generations, Jimmy Greaves was England’s greatest goalscorer.

To others, he was the face of Saturday lunchtime television.

To them all, he was a man of enormous talent, one of the great entertainers no matter he turned his hand to.

He had many other guises over the years — sports shop owner, haulage firm director and journalist.

He penned columns for two newspapers, including The Sunday People, for more than three decades and had a brilliant nose for a story.

But it is his feats as a goalscorer for which he will most fondly be remembered following his death at the age of 81.

Jimmy Greaves passed away at the age of 81
(

The statistics speak for themselves: Greavsie scored 357 league goals for Chelsea, Tottenham and West Ham, and nine for AC Milan.

He scored 44 times for England, too, leaving him fourth on the nation’s all-time goalscoring list at the time of his passing.

Only Wayne Rooney, Sir Bobby Charlton and Gary Lineker are above him, but none had better goals-to-games ratio than Greaves, who won just 57 caps.

He still holds the record number of hat-tricks for England with six, and arguably the most famous of his trebles came in a 9-3 victory over Scotland beneath Wembley’s old Twin Towers in 1961.

Born James Peter Greaves in London’s East End in 1940, Greavsie caught the eye as a schoolboy footballer in Dagenham and it wasn’t long before Chelsea snapped him up.

He went on to score 124 league goals for the club, then a record, averaging 0.78 goals a game, and scoring five in a game three times during his days at Stamford Bridge.

Word of his achievements spread quickly to the Continent and when Milan made their move with an £80,000 offer in June 1961, he was sold against his wishes.

His Italian job was short-lived, however, largely because the man who signed him, Giuseppe Viani, was axed and Greavsie and Viani’s replacement Nereo Rocco, to put it mildly, did not get on.

“I wasn’t happy with them and they weren’t happy with me — we just had a mutual understanding that that was how it was,” he would remark, pithily, years later.

The young Englishman still scored at an alarming rate, with nine in 10 games, and though he departed mid-season, his contribution helped Milan to the Serie A title.

Is Jimmy Greaves the best English player of all time? Comment below.

Chelsea were keen to re-sign Greaves but it was Tottenham won the race, Spurs boss Bill Nicholson paying £99,999 because he did not want to burden the player with the tag of ‘the first £100,000 footballer’.

As he had done for Chelsea, Milan and England, and as he would do at West Ham as well, Greaves scored on his Tottenham debut, going on to hit 220 league goals for the club — still a record.

His ability in front of goal saw him finish third in the 1963 Ballon d’Or behind two men he called friends, Russia goalkeeper Lev Yashin and Gianni Rivera, his former Milan team-mate.

“With the Red Army probably behind the winner, Lev Yashin, and the Mafia no doubt supporting second-placed Gianni Rivera, I really never stood a chance,” he once quipped.

He twice won the FA Cup with Spurs as well, in 1962 and 1967, scoring the opener against Burnley in the first of those finals.

Greaves was idolised for his goalscoring exploits for club and country, yet the fondest summer of all for English football fans would prove the biggest disappointment of his career.

England manager Alf Ramsey left him out of the 1966 World Cup Final after he was injured in the third game of the competition, sticking instead with Geoff Hurst, and despite his contribution earlier in the tournament it was not until 43 years later that he was finally given a medal.

Greaves continued to score goals for Tottenham until March 1970, when Nicholson sold him to West Ham as part of the deal which took his international team-mate Martin Peters the other way.

He would often laugh that he thought they could drink at Tottenham until he joined Bobby Moore, his close friend, and the rest of the gang at West Ham, although the sad truth was that he fell into the early stages of alcoholism during his days at Upton Park.

He grew frustrated during his days with the Hammers and, not wanting to become a journeyman footballer, he retired at the age of 31, having topped the old Division One scoring charts six times.

Greavsie never made any secret of the fact he enjoyed a fag and a pint throughout his career, and the latter, ultimately, became a serious problem.

He returned to football in a bid to combat his drinking habits, turning out for his local non-League side, Brentwood, before joining Chelmsford City, Barnet, and then Woodford Town before eventually hanging up his boots for good.

He spent a time in Warley Psychiatric Hospital as he battled alcoholism and was philosophical about his stay there in later years.

In a Sunday People column he wrote: “I’ve met enough shrinks in my time to realise that, actually, I’m probably quite a sane bloke.

“I had one quack confiding in me that he had a drink problem and even though I ended up advising him he still took his fee.”

Retirement brought its challenges — some good, some bad.

He finished sixth with co-driver Tony Fall in the 1970 London to Mexico World Cup Rally.

Romelu Lukaku vs Harry Kane: What Chelsea and Tottenham managers and strikers have said

And there was his continued battle to beat the booze up until February 28, 1978, the last day he ever touched a drop.

After admitting his problems in a hard-hitting Sunday People interview, he asked his eldest daughter, Lynn, to drive him to Warley hospital … but not before they’d stopped off at a pub so he could have one last pint and glass of brandy.

His experience as a professional footballer, his wit, charm and forthright opinions, meant doors opened for him in the media.

And in 1980, he joined the TV show Star Soccer before working on The Saturday Show and later joining ITV’s punditry team for the 1982 World Cup in Spain.

He was a key member of the World Of Sport and On The Ball teams , and it was on the latter that he struck up the partnership with Ian St John that would lead to Saint and Greavsie, the Saturday lunchtime show which ran from 1985 to 1992.

Before Saint and Greavsie , he was part of the TV-am team and later he would be a captain on Sporting Triangles alongside Emlyn Hughes and Andy Gray.

Greaves won awards for his work in TV and those accolades meant more to him than any he won in football because the game, in truth, had come so easily to him.

He toured Britain with shows which were part story-telling, part Q&A and part stand-up comedy, bringing the house down wherever he went.

But while he spent his life playing and then talking about football, his love for the game faded over the years and in later life he would much rather watch cricket and rugby with his wife, Irene.

He took much joy from his children Lynn, Mitzi, Danny and Andrew, and his grandchildren and great-grandchildren.

And as well from walking his dog, Lester, who was named after one of his sporting heroes, the jockey Lester Piggott.

In 2012, Greaves suffered a stroke from which he fully recovered, but the massive one that hit him in May 2015 was devastating.

He lost all feeling in the right-hand side of his body and never walked again.

His speech never recovered either — there were days it was better than others but sentences, let alone conversations, proved difficult.

In September 2017, he and Irene wed for a second time, 39 years after getting back together.

They were first married for 19 years but divorced in 1977 when Greavsie was struggling in his battle with alcohol.

It was often assumed that Greaves’s drink problem stemmed from the disappointment of missing the 1966 World Cup Final.

But the truth is the devastating loss of his second child, Jimmy Junior, who was just four months old when he died of pneumonia in 1960, when Greavise was 20, had dealt him the sort of blow that would make sporting disappointment pail by comparison.

Jim’s family, and all those who knew him, will be devastated at the news of his death, as will the public who adored him.

But, in truth, the last six years have been hard to take for a man who not only played against greats of the game including Pele and Garrincha, and alongside Moore, Dave Mackay and Danny Blanchflower, but was also bracketed alongside them.

He had their respect and he had their friendship, just as they had his.

He had the affection of his nation as well and no wonder.

Jimmy Greaves will be remembered as England’s greatest goalscorer by all who saw him play and his legend, quite rightly, will live on forever. 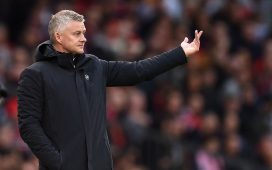 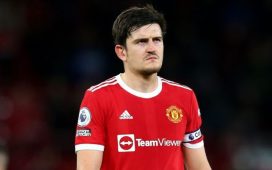