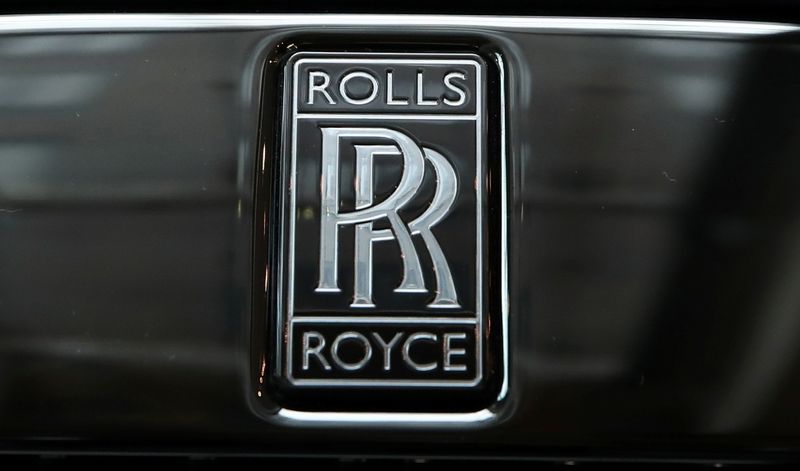 © Reuters. The badge of a Rolls-Royce Black Badge Dawn car is seen at a dealership in London

LONDON (Reuters) – Britain’s Rolls-Royce (LON:) downgraded expectations for how much its engines would fly this year and warned of a big cash outflow, blaming extra travel restrictions aimed at stopping the spread of new COVID-19 variants.

Rolls-Royce said it now expected a cash outflow in the region of 2 billion pounds ($2.7 billion) in 2021, higher than current analyst estimates which range from Morgan Stanley (NYSE:)’s 900 million pounds to 1.55 billion pounds forecast by Jefferies.

That outflow reflects lower flying hours, which determines how much it is paid by airlines using its engines. Flying hours are expected to come in this year at about 55% of 2019 levels, compared to a base forecast of 70% Rolls-Royce gave in October.

Rolls-Royce said liquidity of 9 billion pounds gave it confidence it was well-positioned for the future despite the more challenging environment.

The company, whose engines power Boeing (NYSE:) 787s and Airbus A350s, said last year when boosting its liquidity with a 2 billion pound rights issue that it needed the funds given the uncertainty around the pace of the recovery in air travel.

“Enhanced restrictions are delaying the recovery of long-haul travel over the coming months compared to our prior expectations,” Rolls-Royce said in a statement.

Governments around the world are tightening their borders. The United States is barring non-U.S. citizens who have recently been in South Africa and Britain is set to require some international arrivals to quarantine in hotels.

To ride out the pandemic, Rolls-Royce plans to sell assets worth 2 billion pounds. It is also cutting more than 1 billion pounds in costs by axing 9,000 jobs and closing factories.

It stuck to its forecast to turn cash flow positive at some point during the second half of the year, saying it expected the cash outflow to come mainly in the first half.

It said it remained on track to meet its plan to deliver at least 750 million pounds of free cash flow as early as 2022, excluding disposals and contingent on the recovery in flying hours.