Jermaine Jenas believes Thiago Alcantara is a ‘weak component’ in Liverpool’s midfield and says the 29-year-old is struggling to get to grips with Jurgen Klopp’s pressing style.

After his side’s latest loss, Jurgen Klopp admitted that Liverpool’s title challenge is now over, with Pep Guardiola’s men able to extend their advantage to 13 points if they win their game in hand.

Thiago, meanwhile, struggled to make an impact in the defeat to Leicester City and Jenas believes the former Bayern Munich midfielder is showing signs of poor positional play by pressing at the wrong times.

‘I don’t think they’ve definitely got the legs in there now,’ Jenas said on BBC’s Match of the Day.

‘You know when you’ve got one link, either weak or missing in any chain, it breaks down

‘I think it was clear today, when they’re trying to play this high press, for me Thiago was a weak component without the ball for them.

‘He was fine with it [at Bayern]. So it’s just within this system at the minute. Whether it’s just the fact that his presses at Bayern Munich were at different times than they are at Liverpool.

‘It just seems clear to me he’s doing things he shouldn’t be doing.

‘I feel like he runs himself out of the game. He’s going to press someone when there’s three Leicester players around him, they’ve just popped it around him easily. If he holds his position it’s much more difficult.

‘I feel like Thiago is late to the press, he’s run himself out of play.’ 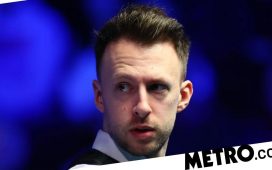 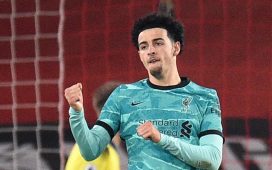 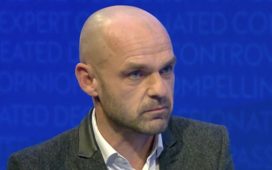