The party leader has since issued an extraordinary apology when it was revealed he organised an event in parliament called “Never Again for Anyone — Auschwitz to Gaza”.

Mr Corbyn, who was a backbencher at the time in 2010, admitted that by being pro-Palestine he has “on occasion appeared on platforms with people whose views I completely reject”.

He added that he “apologises for the concerns and anxiety that this has caused” following the revelations by The Times.

But Labour MP John Mann said the event puts him in breach of the party’s code on anti-Semitism, and in breach of “any form of normal decency”.

The veteran campaigner on the issue told the BBC after this latest incident: “The Labour Party is seen by most members of the Jewish community to have declared war on it.”

France becoming ‘isolated’ within the EU over its hardline Brexit stance

Thousands of disabled Brits could get benefits reassessed after DWP error

The event Mr Corbyn hosted a talk by Hajo Meyer, a Jewish survivor of Auschwitz, entitled The Misuse of the Holocaust for Political Purposes.

A passionate anti-Zionist, he had repeatedly likened modern Israel to the way the Nazis acted.

One of the key issues in Labour’s row is the failure to adopt an internationally-recognised code on anti-Semitism, specifically a section on making such a comparison.

At the event Mr Meyer, who died in 2014, spoke out against the use of “Nazi genocide of Jews to justify the ethnic cleansing of Palestine by the state of Israel”.

And he said Jewish author and Nobel peace prize winner Elie Wiesel was the “high priest” of the Holocaust religion.

At the time Mr Corbyn defended hosting Mr Meyer in the House of Commons, saying: “Hajo has survived and spent the rest of his life working and campaigning for justice for people all over the world.

“He has spoken out against the dehumanising effects of occupation very forcefully. Sadly, for much of this he has been condemned, which I regret.”

But eight years later he has now said sorry, making his first comments on Labour’s anti-Semitism crisis in weeks.

Mr Corbyn told The Times: “The main speaker at this Holocaust Memorial Day meeting, part of a tour entitled Never Again — for Anyone, was a Jewish Auschwitz survivor.

“Views were expressed at the meeting which I do not accept or condone.

“In the past, in pursuit of justice for the Palestinian people and peace in Israel/Palestine, I have on occasion appeared on platforms with people whose views I completely reject.

READ  David Lidington: May must remake case for conservatism

“I apologise for the concerns and anxiety that this has caused.”

But Mr Mann, the chair of the Parliamentary group on anti-Semitism, blasted Mr Corbyn over the event.

He told Radio 4’s Today programme: “It is extraordinary that someone would organise a counter demonstration on Holocaust Memorial Day.” 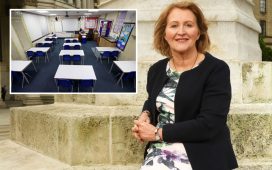 Schools catchup programme could last FIVE YEARS as so many kids left behind in lockdown, Children’s Commissioner warns 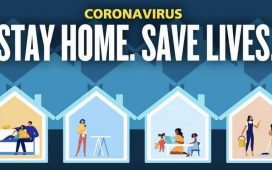 A rocky route to a Scottish independence referendum 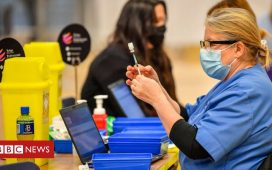