Jeremy Corbyn BLUNDER: Labour leader ‘did not know’ ISIS leader ‘blew himself up’


The Labour leader was branded “naive” by Boris Johnson after he told LBC he did not have “the details of the circumstances at the time” of the terror chief’s death in Syria. And writer and broadcaster Charlie Peters has mocked Mr Corbyn on social media. He wrote on Twitter: “He blew himself up, Jeremy!”

He continued: “Corbyn says he ‘doesn’t know the circumstances’ of al-Baghdadi’s death, which is an extraordinary thing to admit considering how well-publicised it was.

“He detonated a suicide vest, killing himself and two young children. Arrest was clearly impossible.”

Another Twitter user replied: “He is a disgrace. The only thing consistent with his narrative is the defence of terrorism and their evil and barbaric treatment of western men, women and children.

“And he detests our armed forces. Appalling excuses, but I guess he is a middle class, English millionaire MP in denial.”

Twitter user TerryB said: “Corbyn lives in a strange fantasy land in which the world magically aligns itself to how he wants it to be. Venezuela, Israel, Sinn Fein, Hamas. All reinvented in his fevered imagination.”

Phil Ford posted: “He’s a socialist – of course he lives in a strange fantasy land. It’s only dangerous when they get real power.”

Mr Corbyn sparked outrage when he said if it had been possible to take al-Baghdadi alive and put him before the International Criminal Court it would have been “the right thing to do”.

Al-Baghdadi died last month when he blew himself up with a suicide vest during a raid by US special forces on his hideout in Syria.

See also  Could Trump pull US out of Nato and what would happen if he did? | Luke Harding

READ MORE: Corbyn sparks fury as he clashes with US President over ISIS killing

In an interview with LBC radio, Mr Corbyn said it was “a very good thing” the ISIS leader had been “removed from the scene”.

But he said he stood by the view he expressed in 2011 when he said it was a “tragedy” that Osama bin Laden had been killed rather than brought to trial.

He said: “If we believe, as we do, in international law and justice and the power of the International Court of Justice, then we should do everything we can to bring people, where they deserve to go on trial, to be put on trial.

“If it would have been possible to arrest al-Baghdadi – I don’t know the details of the circumstances at the time, I’ve only seen various statements put out by the US about it – surely that would have been the right thing to do.

“If we want to live in a world of peace and justice, we should practise it as well.”

Mr Johnson said Mr Corbyn was not being “realistic” about the measures needed to protect the country in the face of terrorist threats and strongly defended the actions of the US special forces.

He said: “Al-Baghdadi was an absolute diabolical foe of this country, of our liberal values, everything we believe in and support. He was responsible for untold murders.

“I do not think it realistic to suggest that he could just be apprehended by the police, or anybody, in the circumstances in which he was finally run to ground.

“It is very important when you look at the threats this country faces that we are realistic about what we need to do to be strong in the face of those threats.

“I think Jeremy Corbyn’s approach is naive and it is naive to the point of being dangerous.”

Mr Corbyn’s record on national security matters has been a persistent theme of the Conservative campaign, with criticism of his response to the Salisbury chemical weapons attack and his approach to the Trident nuclear deterrent. 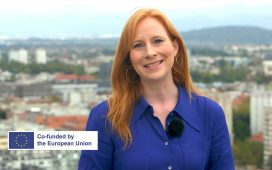 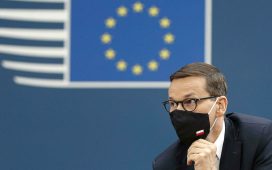