NEWSCABAL
Home » Jenson Button on the excitement around Radford
auto

Jenson Button on the excitement around Radford


“Developing a road car is definitely a lot more emotional than working on a race car because you know you are building something for someone else. It’s not just for me – although it is as well because I’m going to have one! You’re developing something with everyone in mind so you need something that is very driveable. If I set it up like a racing car no one is going to like it, or they are going to end up in a hedge backwards. A race car is very pointy, very on the nose which a road car can’t be, so there has to be a real balance. Knowing I’m developing this car for 62 lucky people, it really does mean a lot.”

Inevitably, the story of Radford’s rebirth in California will be captured in a behind-the-scenes TV show that includes scenes filmed in Button’s bedroom (he didn’t explain, we didn’t ask). As a renowned coachbuilder originally founded by Harold Radford in 1948 that built bespoke Minis for The Beatles, whichever spec clients choose will then be tailored to their specific and at times “extravagant” requirements. No two cars will be the same.

But for all the limited exclusivity, the co-founders insist there is real substance to this relaunch of a dusty name from the past. More cars with other collaborative partners are in the pipeline. “We already have the next OEM lined up and the car is nearly done,” says Anstead. “It’s not a sports car. It’s very exciting and the Brits are going to love it. That will be revealed in the first quarter of next year. The third and fourth are already in play as well, so Radford has come out of the gate with a solid four or five vehicles to come.”

But we’re living in a fast-changing and increasingly regulated world thanks to the threat of climate change, as Button knows full well from his Extreme E involvement. What about EV powertrains? “Possibly!” says Button with his signature big smile. “For us it’s exciting to have our first car with a combustion engine. The sound of this thing is insane, it sounds wonderful. But everyone in the future will go EV, bio-fuels, hydrogen and you have to be a part of it. OEMs obviously want to go in that direction as well. You will see in the future, but it won’t only be EV for us.” 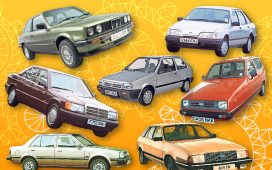 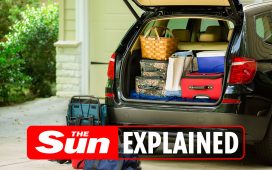 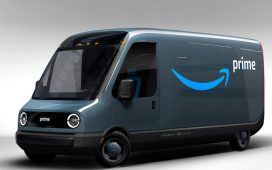 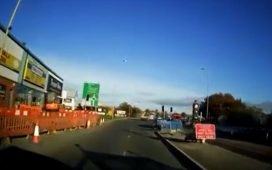