Jennifer Lopez may be one of the biggest stars on the planet, but that doesn’t mean she never takes public transport.

The pop star, 51, wowed travellers on the New York subway when she headed to the Times Square station to film a sequence ahead of her New Year’s Eve performance.

The Jenny From The Block hitmaker is due to appear on Dick Clark’s New Year’s Rockin’ Eve With Ryan Seacrest to ring in 2021 tonight.

The glamour didn’t stop there though as the singer accessorised the incredible dress with an array of shimmering silver chains and a pair of knee-high glossy black stiletto boots.

In a bid to keep the bitter New York breeze at bay, J-Lo wrapped up in a black blazer that was bedazzled with silver sequins.

The music star sported a full face of bronzed glowing make-up and she styled her hair in voluptuous waves.

The singer-turned-actress was evidently the centre-of-attention, as she cleared out the usually bustling subway station for filming.

J-Lo travelled from her home in Miami to New York City ahead of her headline performance on New Year’s Eve. 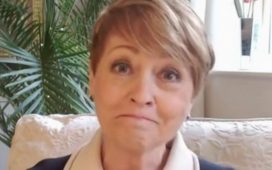 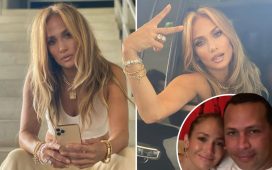 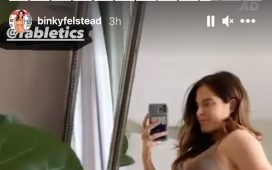 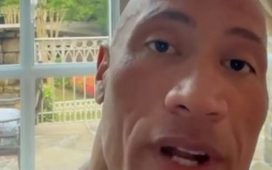