Jeff Hordley, 49, has been embroiled in a number of dramatic story lines in Emmerdale since joining the ITV soap opera in 2000. But the actor’s life off-screen hasn’t come problem-free. In 1996, Jeff was diagnosed with Crohn’s disease – an incurable and potentially life-threatening illness. The star began experiencing symptoms at the age of 20 and was consequently hospitalised three times from the condition.

Speaking in support of Crohn’s and Colitis UK, Jeff explained: “I went to the hospital in Manchester, I’d been vomiting a lot, had a lot of stomach ache, and looked really pale, lost an awful lot of weight.

“Technology has moved on so much more since 1979.”

Jeff described his diagnosis of Crohn’s disease as a “frightening” time.

He explained: “I had to have an operation where they took part of my small bowel and part of my large bowel out, and I was left with a big scar – which is quite impressive.

“That was the beginning of it for me.”

Crohn’s disease is a lifelong condition in which parts of the digestive system become inflamed, says the NHS.

The condition can affect people of all ages, but usually star in childhood or early adulthood.

The health body says the main symptoms are:

There’s currently no cure for the condition, but treatments are available to help reduce or control symptoms.

Since his diagnosis, Jeff has found ways to control his symptoms and live a more comfortable life.

Speaking to the Loose Women panel earlier this year, the star spoke of the benefits growing his own food has had.

He said: “It’s great, we’ve done it for years, we have carrots and everything.

“It’s good for us to grow it. I have Crohn’s disease so where we’re eating what we grow, it’s better for me.”

Jeff added he has “listened” to his body over the years and now knows which foods to avoid.

“I’ve found for me personally, diet and exercise has help a lot.” 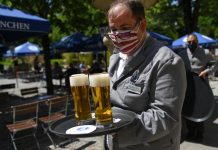 Sally Daghlian: 'Some migrants are too scared to seek healthcare' 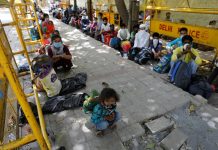