It’s no good expecting people to be nice. That’s an important rule of thumb when working out how to run things or, indeed, when designing a system that decides who runs things. And if you think that’s too cynical, remember not to lock your door when you next leave the house.

Obviously, many people are very nice. Some people are nice all the time and almost everyone is nice some of the time, but, when you’re trying to build a system, thinking about that is a waste of headspace. We hope for the best but prepare for the worst, with alarms, passwords, insurance, Tasers and scanning everyone’s shoes before they get on an aeroplane.

I am a big believer in human freedom, but you’ve got to remember that the people getting the freedom can be real arseholes. In fact, as soon as you’ve collected a certain number of them together – and that number is far, far smaller than the current global population – a large amount of arseholery becomes a copper-bottomed certainty. You’ll be aware of some of the effects of this if you take any interest in the news.

The thing that’s supposedly so clever about capitalism is that, unlike most other big ideas about how to arrange things, it doesn’t seek to combat this arseholery, but to harness it for the common good. Take communism and Christianity, for example – they’re systems that have had a lot of take-up over the years and their basic shtick is to make rules compelling people to be nice. Sometimes, that works for a bit, but whenever those systems’ power over a society becomes completely secure, the very moment that you’d expect the enforced loveliness to kick in to the gratification of all, the opposite seems to happen and the arseholes start having an absolute field day with the added rhetorical perversity of their being able to go around claiming to be nice.

You can’t just steal stuff, but you can trade stuff and you can make stuff

Capitalism is supposed to be different. It assumes the arseholery to be constant and unchangeable. And it takes the key driving force behind people’s non-niceness, self-interest, and creates a structure within which it can work for everyone – a bit. Within a properly enforced and mutually understood legal and taxation structure, people can strive ruthlessly for their own enrichment and it will drive other people’s enrichment. If you sell more, you make more, you buy more – there’s a potential virtuous circle.

You can’t just steal stuff, but you can trade stuff and you can make stuff. The rules mean you can’t lie about what you’re selling or what you’re paying and the taxation means that success doing it puts money in a common fund to maintain the rule-enforcing structure and, depending on the prevailing popular will in that particular time and place, provide support for those whose self-interested striving hasn’t been going so well. I think that’s the idea, anyway.

This explains why capitalism irritates many people of generally ideological dispositions, those who have grappled with the issue of human arseholery and sought ways to reduce or prevent it. To them, a system that harnesses and rewards such shittiness is a shameful capitulation in all of our civilising aims.

If you refer back to the first sentence of this article, you’ll understand that I don’t agree with them. But the trouble is that, in this polarised age, the discussion seems to end there: “Oh, so we’re having capitalism then, are we!? Well, I hope it chokes you!” The principle of a system that doesn’t discourage rapacious greed, but seeks merely to channel it, is so abhorrent to elements of the left that the rest of the left is seriously hampered in its attempts to scrutinise the details.

And the details are important. The details are, for example, the difference between having a normal stock market of shares in different companies – fine, useful, let’s go with that – and allowing the sort of trading in mortgage securities that, back in 2008, nearly caused the end of money. It’s not both or neither! But there’s a weird consensus between the most self-involved on the left and the most ethically liberated on the right that it is!

I’m talking about this because I’ve been thinking about Amazon and about private equity leveraged buyouts. Sorry. At times, I almost feel sorry for Jeff Bezos. We failed him. He’s probably not an enormously nice man but see above. He has done what society very clearly calls upon people to do: he has made a gargantuan amount of money with a brilliantly insightful business strategy. But he is so good at it, and so amoral in his approach, that the surrounding society has completely failed to extract all but the most meagre collateral benefit from his success. This is a huge political problem and one that the right, whatever it says, is not focused on solving.

Similarly, the now common practice of borrowing a huge amount of money to buy a publicly listed company and then, once it’s bought and immune to stock market scrutiny, to load that huge debt on to the shoulders of the purchased firm, expecting it to service and/or pay it off, is horrendously damaging to society. It moves the entire risk of the transaction off those who stand to benefit from it (and so should fairly be taking the risk) and on to those who run, work for or provide services to the poor, beleaguered company.

It’s like a new sort of mortgage that somehow damages the structural integrity of the leveraged house. These houses are now crashing to the ground all over our high streets, metaphorically crushing passing livelihoods. The best you can say about these deals is that they might work out OK, but you can say the same about someone fitting a gas boiler without any training. But only one of those practices is currently legal.

The Conservatives will sometimes join in with the moaning about all this, but their self-interest lies with placating, not regulating, the City. It would be nice if they did something, but it’s no good expecting that. So we’ll have to wait for Labour to regain its capitalist mojo and remember how to work in its own self-interest. 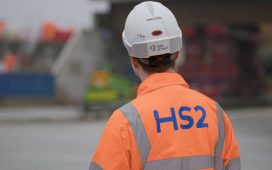 HS2 costs rise by a further £1.7bn during pandemic 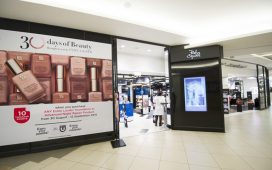 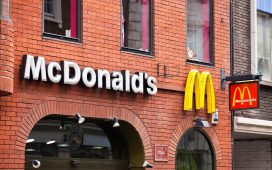