A MAN in Russia is alleged to have axed his ex-wife’s fiancé to death in the street after finding out the couple were going to get married.

Almaz Malikov, 37, reportedly launched the attack on Yegor Babenko, 32, in the western city of Naberezhnye Chelny on September 18.

According to reports, Malikov waited for his victim in an ambush near ex-wife Aigul Zinnatova’s workplace.

The couple were heading towards their car when Malikov reportedly approached and attacked them with an axe.

Recalling the horrifying moment, Zinnatova said to local media: “Malikov rushed to us and Yegor confronted him giving me a chance to run away.”

The attack, which unfolded in broad daylight, was captured by numerous dash cameras of cars that were passing by.

In one of the videos, a man dressed in black clothes can be seen viciously hitting Babenko with an axe.

The brutal attack stopped only after Babenko’s body went limp and he stopped showing signs of life, witnesses said.

Zinnatova said: “After killing Yegor, he [Malikov] started searching for me.

“He would have hacked me to death as well if he had found me.”

Meanwhile, shocked onlookers called an ambulance and the police.

Witness Ivan Nikholat said: “The man [Yegor] lay facedown in a pool of blood gasping for air. His head was split open.

“There was nothing I could do to help him.”

Paramedics arrived at the scene within ten minutes after a call but Babenko was later pronounced dead.

Medics said Babenko had received mortal injuries and there was no chance of saving him.

After fleeing the scene, Malikov surrendered to the police and confessed to the crime in full, say local media.

Police took him into custody and opened a criminal case for murder with particular cruelty.

Investigators say Malikov knew that Babenko was giving Zinnatova a lift home from work on a daily basis.

Police spokeswoman Elvira Gazizova said: “The perpetrator planned the attack and waited for his victim in ambush.

“He set his fighting dog on the victim then hit him on the head with an axe several times.”

Zinnatova divorced Malikov two years ago because of domestic abuse and a gambling addiction.

They have two children together, aged eight and six.

Malikov, a construction site worker, tried to get back together with Zinnatova after their divorce but she refused to renew the relationship, his relatives said.

He also allegedly threatened her a day before the tragedy.

Zinnatova said: “Yegor and I planned to get married soon and have a… child.

Woman, 22, beaten up ‘by 3 strangers who thought her skirt was too short’

“Malikov threatened to kill us. He said to me, ‘Either you are mine or nobody’s’.”

Raising the US minimum wage: what just happened and what comes next? 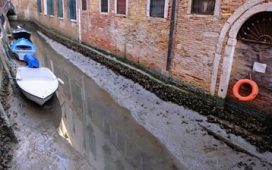 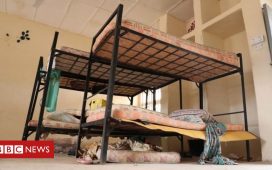