KATHMANDU (THE KATHMANDU POST/ASIA NEWS NETWORK) – In the early days of post-World War II, Japan endured problems of utmost inflation and poverty. This led to the rise and expansion of leftist parties across the country.

With neighbours like China experiencing the Chinese revolution alongside the rise of the Soviet Union and the approaching war between the two Korean nations, Japan was surrounded by an imminent threat in the international arena. Hence, amid Japan’s devastating economy, a spillover effect was highly likely from its neighbours.

Under these circumstances, the Yoshida Doctrine adopted by the Japanese government under Prime Minister Shigeru Yoshida gave priority to economic recovery over military rearmament of battered Japan for its development while relying upon the Japan-United States alliance for its security.

Article 9 of the Japanese Constitution states that “the Japanese people forever renounce war as a sovereign right of the nation” and the military forces “will never be maintained”. With that, Japan completely relied on the military capabilities of the US security forces for its national security.

Due to this reliance, the US pursued Japan to increase its military expenditure. However, Prime Minister Yoshida turned down such requests categorically and consistently based on Japan’s pacifist post-war constitution. Instead, he focused on all available means for the economic recovery of Japan. Due to this, Japan experienced rapid and miraculous economic recovery, and in time became the second largest economy in the world.

After World War II, due to the destruction and lives lost, there was an emergence of anti-war sentiments among most Japanese people. Japan lost its face in front of the international community, but most importantly among its neighbours (other smaller Asian countries as well as China) because of its harsh behavior during the war.

Japan understood that after the war, these Asian countries would always be concerned about Japan’s remilitarisation, and it wouldn’t be able to develop any good relations among its neighbours, rather their relations will be filled with mistrust and skepticism.

In recent times, with the rise of China as a global economic and military giant surpassing the rule-based international order and altering the status quo in the disputed territories, and provocations from North Korea with its nuclear testing and procurement, it is clear that Japan has to be able to defend its interest in the region when the time comes.

Especially now, when the US itself is struggling to secure its position as the world superpower both economically and militarily, Japan cannot rely firmly upon the American security umbrella anymore because these current geostrategic realities are different from the events these two allies confronted during the Cold War era.

The Association of South-east Asian Nations (Asean) also plays an important role in the region which consists of developing nations with diverse national interests. It has been well established that these countries have separate expectations from Japan.

It is also true that these countries are slowly losing their trust in the commitments made by Japan and are drifting towards China despite China’s assertive construction and militarisation of artificial islands in the South China Sea, claims on the Taiwan Strait, and claims on the Senkaku Islands, challenging the rule-based world order and internationally accepted maritime rules.

As a reaction to the security threats in the region, Japanese Prime Minister Shinzo Abe had pledged to revise Japan’s pacifist constitution forming a new defence strategy enabling it to safeguard its interest against them. He also succeeded in building a strong alliance with the members of the Quad-US, India and Australia-for the containment of a rising China.

Similarly, Prime Minister Suga’s one-year tenure was marred by a devastating pandemic response and rapidly dwindling public support, according to the polls.

With Prime Minister Suga stepping down, the race is on for the post. The main focus of the incoming prime minister should be on fostering the relationship with its security partners and promoting multilateralism with other countries in the Indo-Pacific region.

The Yoshida Doctrine has been the centrepiece of Japanese foreign policy when it comes to issues related to preserving Japan’s national security. Due to lack of military power, this doctrine has curtailed the ability of Japan’s government to alter the basic course of its foreign policy and security options, especially regarding its Indo-pacific strategy, when China has been considered as an imminent threat to its interest and a threat to the rule-based global order as a whole.

The future of the Indo-Pacific strategy hinges on whether the incoming Japanese government revises its pacifist constitution, assumes responsibility, and proves itself worthy as an ally to its security partners and other countries in the region. 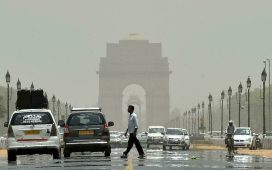 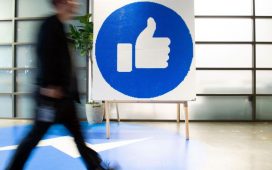