And according to Jamie Carragher, the Spaniard has to take the blame after creating ‘confusion’ during his 18-month reign in north London.

Alexandre Lacazette scored twice at the weekend – including a 96th minute equaliser – to salvage a point for the Gunners against the beleaguered Saints, who have just two Premier League wins so far this term.

And Carragher, speaking on Sky Sports, was critical of the side’s display and their set up, after seeing the away side have 21 efforts on goal during the encounter.

“The Southampton game summed up the 18 months of Emery, really. How many times have we seen them messing around at the back and almost conceding goals?

“If I think of Emery and Arsenal, and how they play, they score goals and concede goals. They play out from the back and almost concede goals.

“He’s used more players than anyone. He’s made more changes at half-time or before half-time than anyone. That’s something you’d expect a lower team to be doing.

“I’m not quite sure what is really going on there, and that’s why the confusion is being created.”

Carragher insists that Arsenal’s continued vulnerability in defence demonstrates that he is out of his depth, after Monday Night Football colleague Gary Neville described Emery as having been “a brilliant coach”.

“The easiest thing to coach, and we both know that, is to set up a team. And that’s a worrying thing for me, that he can’t stop that.”

Former Liverpool captain Carragher also sought to explain why Arsenal fans appear increasingly behind the sacking of Emery, believing that they worry about missing out on potential top managerial targets if they dither.

“They were in this position with Wenger, but he got more time because he was a legend and loved so much.

“They’re looking at Tottenham and maybe Manchester United getting rid of managers, and they’re worried about missing out again.” 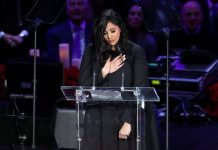 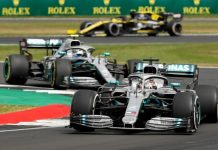