Jamie Carragher was left bemused by Liverpool’s ‘unbelievable’ decision to take a short corner deep into injury time at Southampton and said the side’s lack of goals had become a ‘big worry’ for Jurgen Klopp following the 1-0 defeat.

Danny Ings came back to haunt his former club with an exquisite lobbed finish over Alisson after James Ward-Prowse’s well-worked free-kick in only the second minute and Ralph Hasenhuttl dropped to his knees in tears as the hosts held on for victory at St Mary’s.

The Reds remain top of the table on goal difference ahead of their next Premier League clash with bitter rivals Manchester United on January 17 but it was yet another lacklustre performance away from home from the champions and Klopp admitted his team were going through a ‘rusty moment’ in his post-match interview.

Carragher agreed that Liverpool were experiencing one of their ‘first real rough patches’ in recent times and felt Sadio Mane and Andy Robertson opting to take a short corner at the death summed up their struggles.

‘Liverpool have scored a lot of late goals over the last couple of years and it’s almost like they’ve forgotten how to play in the last seven or eight minutes when they need something,’ the ex-Liverpool and England defender told Sky Sports.

‘The way Liverpool played in the first 15 minutes of the second half was fantastic.

‘They were hemming Southampton in so they can’t get out. You’re expecting that the last seven or eight minutes Southampton will be hanging on.

‘What summed it up was Liverpool’s corner. Can you believe what Liverpool did there?! They did the same against West Brom.

‘The injury time has gone, you’ve got one last corner, it has to go in the box. You’ve basically got to score in about ten seconds and they played it short! It’s unbelievable.’

‘Listen, this Liverpool team has been amazing and it still is amazing but it’s going through one of it’s first real rough patches it’s been through in the last two or three seasons.

‘The big worry is where are the goals and creation coming from because it looks non-existent at the moment, certainly away from home.’

Speaking shortly after the final whistle, Klopp insisted he was now fully focussed on Liverpool’s FA Cup third-round tie with Aston Villa on Friday, with the United game ‘too long away’.

Asked whether Liverpool’s below-par display was a concern before their clash with United, Klopp replied: ‘Now we go to Aston Villa, they’re the next one.

‘The last time we lost there pretty clear so we should make sure we don’t do that again.

‘United is too long away that I think about that already.’ 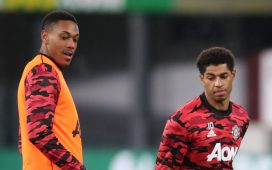 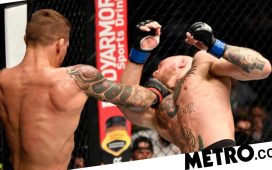 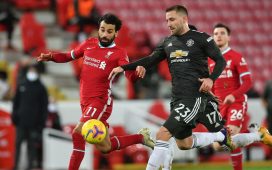 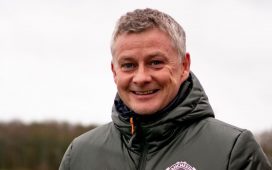