The 20-year-old YouTube star’s Twitter was reportedly hacked on Saturday morning. His social media account was apparently flooded with offensive and insensitive tweets, which caused many of his followers to question what was going on. And at one point, he even lost his blue check mark on Twitter.

However, it didn’t take long for Charles to gain control of his social media page. “hi I got my account back,” the makeup artist shared, alongside a NSFW photo that showed off his derrière. “just case I ever get hacked again, here’s the ONLY nude I’ve ever taken!”

He closed his statement, “can’t threaten me with it now get a life.”

When one of his followers said “no one asked” for his nude photo, he responded, “yeah well i didn’t ask to have my security and privacy threatened either.”

The beauty guru added, “so this is me taking back ownership of the situation, move on with your day.”

Unfortunately, this isn’t the first hiccup the 20-year-old internet personality has experienced this year. Back in May, Charles was in a very public feud with beauty YouTuber Tati Westbrook. Their friendship drama became viral and nearly divided the YouTube beauty community.

“It is very important to me that this video has all the information, all the facts, all the receipts, and is current and present because I will not be addressing it again,” James shared in a video response to the accusations and claims Westbrook made about him in her “Bye Sister” video.

He continued, “There have been allegations made against me and I don’t feel comfortable really ‘moving on’ from those… There’s a lot of misinformation going around.”

After their feud caught like wildfire, the two took time off of social media to focus on their wellness and mental health. However, it seems both James and Tati are finally moving on and healing from the drama. 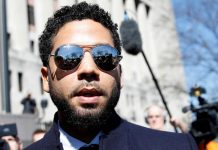