Jameela Jamil has described her obsession with weight as a “horrifying waste of happiness”.

The 33-year-old actress and campaigner was consumed by the task of being thin and struggled with crash diets and anorexia.

Jameela has admitted that she weighed herself every day for more than 20 years and her mood was dictated by what she saw on the scales.

Jameela has been a body positivity activist has called her obsession a waste of time and called for an end to the pressures on young girls which lead them to a life of insecurity.

Speaking to Stylist magazine, Jamil said: “I ended up weighing myself every single day of my life until last year.

“That’s 21 f***ing years of waking up every morning and my entire mood for the day being determined by the number on a stupid little machine in my bathroom.

“What a sad thing for a bright girl, who technically knew better, to keep as her deep, dark secret for so long.”

Speaking about when the insecurities began, Jameela has said it was being publicly weighed in school and it revealing that she was the heaviest in her class.

At home, she said her parents were not supportive, but put her on a crash diet to tackle her weight.

Jameela has also said the pressure put on young girls to be thin began long before social media.

Speaking of women’s magazines, she said: “Diet culture was on an aggressive rampage, using fat-shaming, Photoshop and erasure of all curves to pressure us into buying dodgy quick-fix slimming products.

“We are smart, we are strong, we are resilient, and we are goddam tired of being bullied and lied to.”

The full interview with Jamil can be read in Stylist magazine. 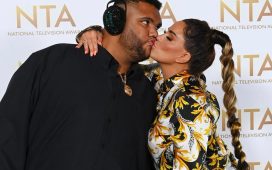 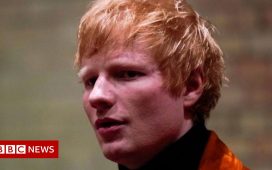 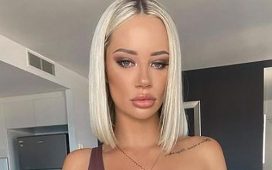