Jamaica is the alpha and omega destination for everyone’s favourite secret agent, James Bond. Ian Fleming created him here and within minutes of setting foot on this mysterious island, it’s easy to see how the character was nurtured. It’s escapist, luxurious, and seductive, a little like Bond himself.

It was in Jamaica that Fleming wrote Casino Royale, the first of 12 novels and two short story collections portraying the British Secret Service agent, 007. Dr No, the first of Fleming’s books to be adapted for the screen, was filmed on the Caribbean island in 1962, followed a decade later by Live and Let Die.

The windswept sands of Laughing Waters in Ocho Rios, where river meets ocean, form the infamous backdrop for Sean Connery’s debut as the indomitable spy as well as the iconic moment when Bond girl Honey Ryder, played by Swiss actress Ursula Andress, seductively emerges from the sea in that white bikini.

The contrast between tropical beach – with its suitably powder-white sand, turquoise water, and bowing palms – and lush river landscape makes this spot particularly remarkable, as the cool waters of Dunn’s River flow from waterfalls into rock pools, to mingle with the balmy waters of the Caribbean Sea. Mercifully preserved from the tides of tourism, Laughing Waters is a must not only for Bond fans, but for any visitor seeking a little slice of tranquility.

Bond was born in 1952 when Fleming, a former naval intelligence officer, penned his first draft of Casino Royale at his Jamaican villa, GoldenEye (named after a wartime plan he had worked on). It is now an exclusive resort, the house itself available for private rent so you can stay in the room and sit at the very desk that Fleming created Bond. Otherwise stay in the bay below, an old banana port, where a number of private villas overlook a cerulean saltwater lagoon.

That Fleming’s own history dovetails with Bond’s so neatly is no coincidence. Bond was the man he wanted to be and carried doses of his own traits, habits and background. “Commander” Bond is of the same rank Fleming achieved in the navy. Fleming, like Bond, was a heavy smoker and had custom-made cigarettes printed with three gold bands to reflect his rank. Bond’s memorable drinks order, a “vodka martini, shaken, not stirred”, was rumoured to be an invention of Fleming’s, frequently sipped at his favourite haunt, The Jamaica Inn (with Winston Churchill, no less). That quintessential drink became known as the Vesper Martini and you can have it mixed by one of the excellent bartenders who have worked at The Jamaica Inn since around the time Live and Let Die was filmed.

Both Bond and Fleming shared a mischievous nature; in a rather macabre experiment, Fleming once lowered a dead donkey into the sea from the port outside GoldenEye, just to see what would happen. A flurry of bloody foam and the beast had been torn to shreds almost instantly by a circling shark.

This was the inspiration for two cult scenes in Live and Let Die (1973), where Jamaica doubled for the fictional voodoo island of San Monique and the backwoods of the Deep South. The first of these takes place at Kananga Crocodile Farm, where visitors are still welcomed by a sign warning “trespassers will be eaten”. It is here that Bond is left stranded on a tiny island in a croc-infested swamp, and escapes by dashing across the backs of several of the reptiles, a feat that stuntman Ross Kananga actually performed. The director would rename the film’s villain, the drug baron and dictator Dr Kananga, in his honour.

The second is at Green Grotto Caves; an ancient warren of caverns which doubles for Kananga’s underground lair. Quite how Roger Moore, wearing a polo-neck and slacks in its enclosing humidity, didn’t even break a sweat while filming here is beyond me. Deep in the bowels of this rather unnerving real-life film set lies the pool above which Bond is suspended, about to be fed to hungry sharks. It is also where the evil Kananga meets his end by swallowing a compressed-gas pellet, his inflated body exploding mid-air. You’ll need a little imagination here, the set is long-gone, but it’s certainly evocative.

007’s name came by chance, pinched from the author of a book on Birds of the West Indies named James Bond. Jamaica is a bird lover’s paradise – hawks, vultures, hummingbirds and frigates fill the skies. Locals call the turkey vultures “John Crow”. I see one circling overhead; Lisa, my guide, says, “something’s died down there” in a rather Bond-esque moment.

In the new movie, No Time To Die, Bond returns to Jamaica and the film’s producer, Barbara Broccoli, revealed that it begins with 007 on holiday in the tropical paradise. The trailer would suggest that Bond retires to the island to live a life rather like Fleming’s. Inevitably, his plans are put on hold as our hero is recalled to Her Majesty’s Secret Service once more. Hopefully, you won’t be getting a call from Moneypenny urging you to pack your bags too soon… 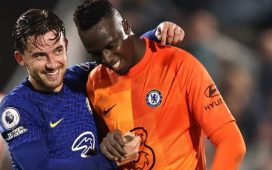 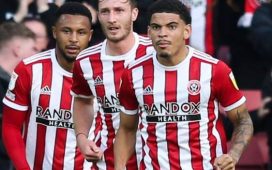