It’s a bleak day in the auto industry.

The UK’s biggest car manufacturer Jaguar Land Rover announced on Thursday it is cutting 4,500 jobs, or about 10% of its workforce, in a bid to save money.

Jaguar Land Rover (JLR), which is owned by India’s Tata Motors (TTM), employs 42,500 people in the UK and 1,500 workers in other countries. The automaker said it would start off by offering voluntary redundancies to UK workers. This comes after the company shed 1,500 jobs in 2018.

Meanwhile, Honda (HMC) – the UK’s fourth largest automaker – said it would shut its British operations for six days in April to help it cope with any potential Brexit disruptions. And earlier in the day, Ford (F) announced plans to overhaul its business and cut thousands of jobs in Europe.

The latest announcements indicate that the industry continues to struggle with challenges including a huge slump in European diesel car sales, a slowdown in Chinese purchases and the threat of a messy Brexit.

JLR said its new plans would help it cut about £2.5bn ($3.2bn) in costs over the next 18 months and prepare the company for a brave new world of electric and autonomous vehicles.

“We are taking decisive action to help deliver long-term growth, in the face of multiple geopolitical and regulatory disruptions as well as technology challenges facing the automotive industry,” said CEO Ralf Speth in a written statement. “This will safeguard our future and enable vital ongoing investment into autonomous, connected, electric and shared technologies.”

The British company also announced new investment in electric technology at its Wolverhampton engine manufacturing centre and the launch of a new battery assembly centre at Hams Hall, North Warwickshire.

Ford signalled there would be “significant” cuts among its 50,000-strong European workforce under plans to make it more competitive and make its business more sustainable.

Details of job cuts are not expected until later in the year, although staff based at Warley in the West Midlands will move to Dunton in Essex.

Steven Armstrong, Ford’s European group vice-president, said the company was taking “decisive action” to transform its European business. It is also working to ramp up its electric car production.

Honda said it had been assessing how to cope with any disruption caused by logistics and border issues following Brexit on 29 March.

“To ensure Honda is well placed to adjust to all possible outcomes, we are planning six non-production days in April 2019,” a spokesman said.

Germany’s BMW (BMW.DE), which manufactures Minis in the UK, is also planning a similar shutdown in April to avoid any potential Brexit trade complications.

JLR has suffered more than its peers in the face of lower demand in China and a slump in sales of diesel cars in Europe, said Benny Daniel, a mobility expert and vice-president at the market research firm Frost & Sullivan.

JLR sales in China dropped 22% in 2018 compared to the previous year, according to new annual data. This forced JLR to offer heavy discounts in China, which is hurting profitability, Daniel said.

About 90% of all JLR’s European sales have been diesel-powered cars, according to Justin Cox, a director at LMC Automotive. But drivers have been shunning diesel purchases ever since the Volkswagen diesel scandal, and have stayed away as European governments threaten to ban diesel cars from city centres.

The threat of Brexit has also intensified as the UK is set to leave the European Union in less than three months. In September, Jaguar Land Rover boss Speth warned that the wrong Brexit deal could cost tens of thousands of car jobs and risks production at the firm.

This has undoubtedly influenced the company’s decision to move some production to a manufacturing plant in Slovakia and invest in specialist engineering hubs in Ireland and Hungary.

Other UK-based automakers have also been vocal about their Brexit concerns, including Toyota (TM) and Nissan (7201.T), which produce a combined 640,000 cars in the UK each year. They have warned that any delay at the border could force swift factory shutdowns.

“With a no-deal [Brexit], we would have stop-start production for weeks, possibly months. It would be very very difficult for us to cope,” warned Toyota Motor Europe’s deputy managing director, Tony Walker, at a parliamentary committee hearing last year.

With files from Reuters and PA 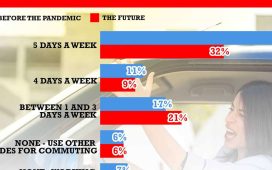 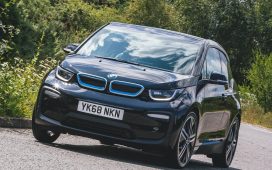 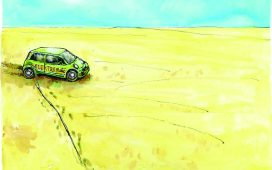 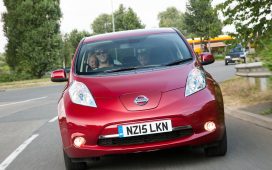 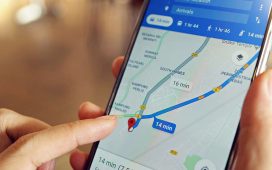