The £73million signing is yet to score or assist since joining Manchester United, but the England international has the chance he needs to ignite his career 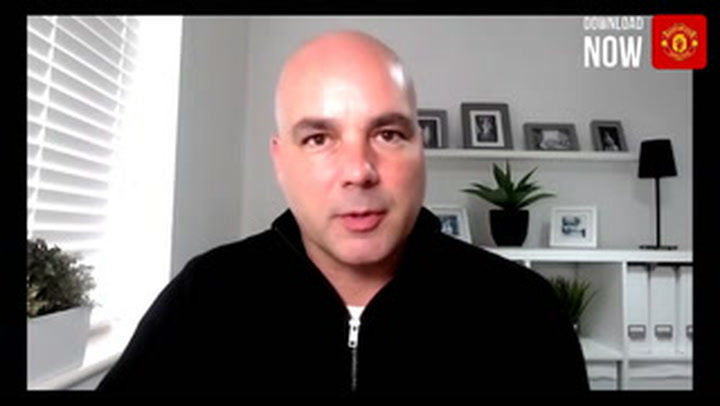 There must be some relief from Liverpool’s side that Jadon Sancho has been struggling to adjust to life at Manchester United, at least on the pitch.

But on the other hand, having gone so long without a goal at club level, the winger may decide to use the stage of Manchester United’s crunch clash at Old Trafford on Sunday to turn around his season.

It is fair to say that three months into his career back in England, Sancho is a long distance away from reaching the sky-high expectations set for him.

Signed from Borussia Dortmund for £73million in July, Sancho finally completed his protracted move to Old Trafford, which was some 18 months in the making.

United drove a hard bargain to complete the deal, the third-most expensive in their history, having initially baulked at the Bundesliga giants’ valuation in excess of over £100m.

They knew the player they were getting: an intelligent, crafty winger who is effective running in behind defenders as well as taking them on directly. His goal and assists numbers for Dortmund, despite his youthful age, were outstanding.

Sometimes statistics can skew what the real story is — such as if a player makes a key pass before the actual assist. But in Sancho’s case, he simply has not been involved as much he would like and that is, no doubt, a source of huge frustration for the England international.

In the era of modern football, players apologise for when they miss chances and unacceptably receive abuse when they play poorly. But the fans have been patient, with the majority backing the 21-year-old to eventually end his run without a goal.

After all, Cristiano Ronaldo didn’t exactly set the world alight in his first season as a teenager, although their situations were quite different and perhaps incomparable.

Sancho’s form in the Bundesliga speaks volumes at just how crucial he can be when on top form. Now, with Ole Gunnar Solskjaer feeling the heat after some below-par displays of late, the Norwegian could do with Sancho stepping up to end his barren run in front of goal.

United have benefited from some crucial strikes from Ronaldo of late, particularly the winning goals in the Champions League against Villarreal and Atalanta when it appeared as if their ship was threatening to go off course.

But for Sancho, that moment where he becomes the saviour is yet to arrive.

How many goals will Jadon Sancho score this season for Manchester United? Comment below.

Surprisingly, he received support from Jurgen Klopp, who believes he is still adapting to life back in his home nation after four years in Germany.

“Jadon Sancho is a world class talent, definitely,” Klopp told reporters. “He has all the things you need to become really one of the best players in the world in the future.

“That’s how it is but he’s still very young. At Dortmund they were obviously full of praise about him. Rightly so.

“I saw a lot of games where he played outstandingly well.

“It’s a normal situation where you are especially, I’m not but you are, you lose patience a little bit quickly.”

What is telling is that this is not the first time Sancho has endured a slow start to the season, having taken until January in the 2020-21 campaign to register his first goal.

But once he ended his long run without finding the net, the former Man City trainee could not stop scoring.

He would go on to notch 17 goals and register 16 assists as Dortmund, under interim coach Edin Terzic, shot up the standings to second behind Bayern Munich.

What’s more, he had forged a devastating link-up between himself and Erling Haaland, the Norwegian striker who bagged 41 goals in all competitions in 2020-21.

It is down to Solskjaer and his coaches to do what they can to unlock the potential and form that Sancho has in his locker. There have been questions as to whether the current 4-2-3-1 setup is best suited to his abilities.

But in truth, it is just a matter of time before the relief of that first goal in a red shirt arrives. There is absolutely no chance Man United will give up on Sancho — they have made a significant investment in his future — and his age of 21 highlights how much he can still improve.

Of course, in the short-term, he could do with a confidence boost.

The winger is likely to be handed a starting berth against Liverpool, with Bruno Fernandes a doubt for the clash. Sancho will have his own motivations for wanting to beat Liverpool, with the Reds showing an interest in signing him two years ago.

But more so, the atmosphere is expected to be electric inside a sold-out Old Trafford, with Solskjaer desperate to end Liverpool’s unbeaten run and also ease the pressure on his shoulders, with scrutiny over his position increasing over the past few months.

There have been signs that Sancho is finally adapting to what United need from him. That process has taken longer than anticipated following an exhausting season at club and international level.

But he is gradually finding some familiarity with fellow attackers Ronaldo, Fernandes and Mason Greenwood. He also set up two goals for England in their World Cup qualifier against Andorra recently, which will no doubt give him a small lift.

Now, all he needs is one moment to truly ignite his Man United career. And what better way to do that than scoring in front of the Stretford End on Sunday afternoon to hand his side a priceless victory against their long-time rivals. 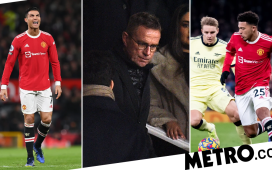 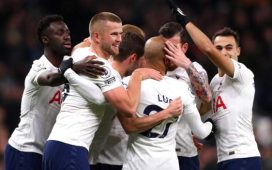