Jack Welsby scored a last gasp winner to seal the most remarkable finish in Grand Final history and retain the title for St Helens.

The young centre followed through to touch down after Tommy Makinson’s long range drop goal hit the post.

It came just seconds after Zak Hardaker had missed a long range penalty to win it in the dying stages of the lowest scoring decider in Grand Final history .

After a host of video replays, Welsby’s try was eventually awarded to clinch a record-equalling eighth Super League title for Saints, including seven Grand Final wins.

The tense tussle brought down the curtain on an unparalleled season that started 302 days earlier on a similarly cold January night in Wigan, and has seen Super League players put their bodies through more than ever before despite competition-wide pay-cuts.

At times it has been turbulent and traumatic, with clubs taking matches at 24 hours’ notice and playing as many times as four in the space of 10 days.

But the standard on the field – which has included modified rules – rarely dipped and the intensity reached a crescendo for the season finale.

The two teams ripped into each other in what, remarkably, was a scoreless first 40 minutes, the only points of the opening half – a Lachlan Coote penalty – coming after the hooter had sounded.

James Graham started the final match of his career like a man possessed, throwing himself in tackles, chasing kicker Jackson Hastings down routinely, and barking orders – and insults – clearly heard inside the empty stadium.

Saints dominated the opening quarter without being able to fashion a clear cut chance, with Wigan not playing the ball once in their opponents’ half.

But gradually the Warriors gained a foothold in the war of attrition, and came closest to scoring when Zak Hardaker – switched to the wing temporarily when Joe Burgess was forced off with a head knock – was held up by four defenders over the line.

Coote coolly slotted his penalty right on half-time after he was hit late and high by Wigan sub Morgan Smithies after launching an attacking kick.

Saints again started the second half the stronger, forcing consecutive goal line drop outs that resulted in Zeb Taia – another who now hangs up his boots – having a try disallowed for being offside for James Roby’s kick.

The indefatigable Roby was then stopped just short of the line by the unflinching Warriors defence.

At the other end, Wigan winger Jake Bibby was pushed into touch by Regan Grace after a rare sight of the St Helens line.

But something eventually had to give and it was Bibby that broke the try scoring deadlock.

Crisp hands to the right this time gave the former Salford player just enough space to squeeze over in the corner.

And the Warriors’ lead lasted for a matter of minutes, Coote adding his second penalty to after a Hastings high tackle on Theo Fages to set up the late drama. 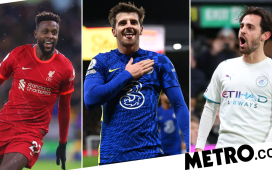 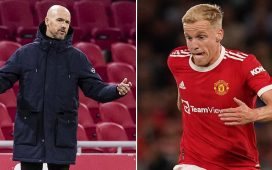 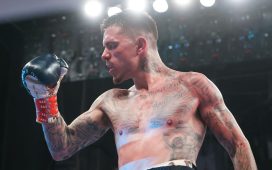 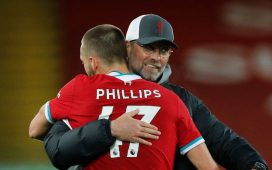