An outpouring of nostalgia greeted news that toys-to-appliances retailer Argos was dropping its “book of dreams” catalogue this summer after nearly 50 years. The axe fell even more heavily on Thursday. Parent company J Sainsbury said most standalone Argos stores would close, with accompanying job losses. One-off charges pushed the company into a first-half loss.

After falling 5 per cent on Thursday, Sainsbury’s shares are now down nearly 15 per cent on the year, back to levels of the late 1980s. Some expect further drops. It is the ninth most shorted UK stock by percentage of outstanding shares. No wonder its shares are inexpensive, priced at under 11 times forward earnings compared with 13.5 times for Tesco.

The gloom is overdone. Yes, the grocer has challenges. Investors may well be disappointed that there was no news about the mooted sale of its struggling bank. It has a weaker balance sheet than peers such as Wm Morrison, though it is on track to reduce net debt by £750m in the three years to March 2022. Eyebrows were raised by plans to incur up to £1bn of one-off restructuring costs by 2024.

That reflects “our accelerated ambition”, said new boss Simon Roberts. The efficiency drive aims to reduce the ratio of retail operating costs to sales by 2 percentage points. That should help support much-needed price cuts. Though Sainsbury’s has outperformed most of its competitors in the first half, it can expect fiercer competition from the likes of Aldi once the pandemic is over.

Argos also faces ever tougher competition, particularly from Amazon. The business, acquired for £1.4bn in 2016, has not performed badly, with sales up 11 per cent in the half-year. But customers complain it is often out of stock. Closing outlets will free up working capital. Offering click-and-collect at every Sainsbury’s supermarket, while building 30 new fulfilment centres, should improve availability and range.

These are the right moves for its future. Income shoppers will be attracted to the 5 per cent dividend yield, a payout easily covered by free cash flow. Cutting costs to invest in lower prices should keep the grocer competitive. No need to check out of Sainsbury’s just yet. 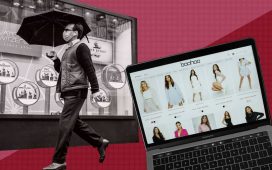 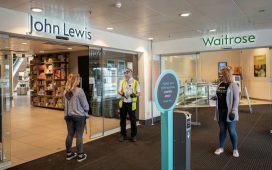