A popular strategy for raising IVF pregnancy rates by freezing embryos has been shown to offer no improvement in a large trial.

Success rates after freezing all embryos for later transfer were no better than traditional ‘fresh’ embryo transfers, a randomised trial at eight clinics in Denmark, Sweden and Spain found.

“Our findings give no support to a general freeze-all strategy in normally menstruating women,” said Dr Sacha Stormlund, from Copenhagen University Hospital in Denmark.

“The results of this trial were as we expected, namely to see similar pregnancy rates between the fresh and freeze-all treatment groups.

“So I think it can now plausibly be said that there is no indication for a general freeze-all strategy in women with regular menstrual cycles who are not at immediate risk of overstimulation in IVF.”

The study was prompted by the growing trend of freezing all embryos generated in the first cycle of pregnancy and transferring them after thawing in a later cycle.

This approach has proved a popular alternative to using fresh embryos in the initial cycle.

Some recent reports from registries in Japan and USA have suggested that there are now more frozen embryo transfers in IVF than fresh, with numbers still growing.

However, despite the enthusiasm of clinics, the study shows there is no statistically significant difference in pregnancy outcome or live birth rates.

READ  'How am I meant to self-isolate and do the school drop-off?'

Dr Stormlund added that the freeze-all approach is still advised as a safety measure for IVF patients with polycystic ovary syndrome (PCOS).

In these cases, freezing the embryos appears to reduce the risk of ovarian hyperstimulation syndrome (OHSS), which is the most common complication of IVF.

The findings of the trial, which involved 460 IVF patients, were presented at the European Society of Human Reproduction and Embryology in Vienna, Austria. 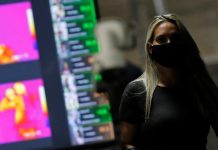 Hair loss treatment: An unlikely herb which helps with inflammation and hair loss

The Guardian view on BAME Britain and Covid-19: action not words required | Editorial

High cholesterol: Two foods to include in your diet proven to help lower your levels

Girl, 5, given just 20 per cent chance of survival beats coronavirus and new inflammatory illness within weeks