Elon Musk has revealed further details of his ambitious (or possibly crazy) plan to ‘nuke Mars’ and make it suitable for human habitation.

The billionaire genius first suggested hitting the Red Planet with nuclear weapons back in 2015, suggesting that detonating fusion bombs to create artificial suns would warm up the chilly world.

This terse message went viral and lit up the internet, delighting the Tesla founder’s millions of fans and bewildering cynics.

Now he’s opened up on Twitter to provide further details of why he wants to blast the Red Planet.

He suggested creating fusion explosions over the poles of Mars in the hope of heating up ice so that it gives off carbon dioxide and creates an artificial greenhouse effect.

It’s important that we don’t just use any old nukes for this process, because they would scatter dangerous fallout across the Martian landscape.

Musk wants to create miniature stars which work in the same way as our sun and will not irradiate Mars.

The sun is essentially a nuclear fusion reactor which creates vast amounts of energy by fusing hydrogen nuclei so they become helium.

This is much cleaner than nuclear fission – the splitting of atoms – which we used in weapons and reactors right now because it doesn’t produce anywhere near as much radioactive waste.

He tweeted: ‘Nuke Mars refers to a continuous stream of very low fallout nuclear fusion explosions above the atmosphere to create artificial suns. Much like our sun, this would not cause Mars to become radioactive.’

The billionaire doesn’t seem to be worried about the risks of such an endeavor.

‘Not risky IMO & can be adjusted/improved real-time,’ Musk added.

‘Essentially need to figure out the most effective way to convert mass to energy, as Mars is slightly too far from this solar system’s fusion reactor (the sun).’

This plan wasn’t bonkers enough for some of Elon’s gazillion followers, who suggested that it might be more sensible to hijack an asteroid and steer it towards the pole of Mars.

‘Diverting a comet would be super hard,’ Musk concluded.

‘Could be done with small asteroids & a mass driver, but this is risky.’

He then said a similar effect could be produced by lining up satellites around the Red Planet which reflect the sun’s heat onto its chilly surface.

‘Might make sense to have thousands of solar reflector satellites to warm Mars vs artificial suns,’ Musk suggested.

Smart speakers could accidentally record users up to 19 times per day, study reveals 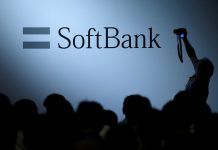 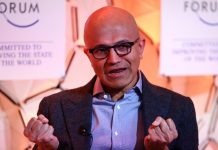