NEWSCABAL > politics > It's back to school for Boris Johnson, the man who refuses to learn | Marina Hyde
politics

It's back to school for Boris Johnson, the man who refuses to learn | Marina Hyde


Another series of breakneck U-turns from the government’s world-beating driverless car, as the things Boris Johnson said on Sunday turn out not to be true on Monday. Like wedding vows or the sort of nonsense one might insist in a newspaper column, I’m sure he means them when he says them. Johnson declared the moment “pivotal” – and he’s certainly pivoted. Again. Perhaps we should view the trait positively. In a country that has spent the past few years digging ever deeper into entrenched positions, Boris Johnson may be the last human capable of changing his mind. Unfortunately, not in a competent way. I can’t believe that honking “debate me, you coward!” at a virus hasn’t worked.

By now, of course, you know the latest facts, because you live in them. That’s really the problem with all this for the prime minister. It’s just possible that people are going to vaguely notice.

Yet again, we are doing something entirely inevitable entirely too late, meaning it will have to be done much longer and much harder than it would have had Johnson showed some leadership and grasped the nettle. No one should be in any doubt that we are paying for his weakness and vacillation in lives, in the bitterest economic terms, and in vital freedoms that will end up being lost for greater stretches. It’s not that Boris Johnson can’t see round corners – it’s that he can’t see two steps straight ahead of him.

What was he waiting for? Better news? Did he think that, having informed Andrew Marr’s viewers on Sunday that things were bad and getting worse but he wasn’t going to act, some kind of cosmic miracle was going to occur? Perhaps he hoped a Downing Street aide might rush breathlessly into his office on Monday morning and say: “You’ll never believe this – the R rate has plummeted and we don’t need to do the difficult thing after all! Wow, thank God for you. Bravo for having the lack of courage of your lack of convictions. That’s why they pay you the big bucks, even though you tell friends your salary is chickenfeed.”

I’m afraid the prime minister’s given answer was even more bizarre. On Monday evening Johnson informed the nation that he had sent primary school children back to school on Monday morning because “we know how important each day in education is to children’s life chances”. Well yes, but … DO ME A FAVOUR. Sending 3 million children back for one day of school – the first day of term, where you don’t really do anything too meaningful, other than mix around all your germs then take them back home to another lengthy lockdown. Meanwhile, secondary schools which on Sunday night were supposed to be preparing a testing regime were, by Monday night, supposed to be preparing at least half a term of remote learning programmes. Something they had foreseen weeks ago but been threatened with legal action for seeking time to do properly. Mindbogglingly, this also seems to be the way Johnson’s administration treats civil servants. PoliticsHome reported that Monday at the Department of Education had featured an all-staff meeting at which it was announced that schools would not be closed, and exams would be going ahead.

But listen, it’s not the prime minister’s fault, the prime minister explained to the nation last night – it’s all down to this guy New Variant, who got repeated namechecks throughout his sober speech. So sober, in fact, that it was one of those clearly not entirely penned by Johnson, in the manner of the occasional Donald Trump tweet that is very clearly not typed by Trump. Earlier in the day Johnson had warned of “tough, tough weeks” ahead. Maybe Jamie Redknapp’s writing for him now.

Anyway, as Johnson literally pointed out, he would have got away with it if it hadn’t been for pesky New Variant. In his words: “Our collective efforts were working and would have continued to work.” Johnson assured the nation that there was “no doubt” about this. Which is a complete lie, and a useless one.

Like a lot of comically weak men, Johnson is presumed to be an “alpha male” by other inadequates. Only two weekends ago, a prime ministerial aide panted to the Sunday Times: “This is Boris’s world now. The rest of us are just living in it.” Repurposing Dean Martin’s famous line about Frank Sinatra to describe the prime minister is certainly bold. We do, however, undoubtedly all have to live in Johnson’s defective psychology at the worst possible time for it.

Indeed (and needless to say), this awful moment for the nation was not without personal vanity for the prime minister. I see Johnson still found time to get his personal Downing Street photographer along to take photos of him as he was “preparing” to give this address. Are you familiar with this guy’s work? I very much enjoy it – cost to the public: £100k a year – and recently marvelled at a series of backstage photos of Downing Street during the final days of the Brexit deal. Is that really half the frame taken up with an out-of-focus Christmas tree and wine bottle, and a poorly lit Boris Johnson reading a piece of paper in the background? Why yes it is. History! I think we all feel its hand on our shoulder. Certainly its finger on the lens.

The only bit of last night’s address to the nation that sounded Johnsonian was the bit I imagine we’ll be hearing most about. This is the section where he promised that “if things go well, and with a fair wind in our sails”, we will have vaccinated 13.2 million of the most vulnerable people in less than six weeks, by mid-February. This is the entire top four categories of vaccine priority. I would, quite literally, love to see it. But on the form book, who among us does not instinctively feel we will be revisiting that promise in 40 days, only more in anger than in sorrow this time?

So yet again, “we are where we are”, as the oddly blame-free motto of the times runs. And we are, for the third/fourth/twelfth time, where we were. The person who really needs to go back to pandemic school is, of course, Boris Johnson. Has anyone ever learned less from a situation that keeps repeating itself? I feel I have been very unfair to goldfish in this space previously. Our prime minister’s spirit animal is in fact a headless chicken. Then again, the Guinness World Records show that in 1940s Colorado, one farmer decapitated a chicken, and the headless creature nonetheless survived and walked around for a further 18 months. So a year into his handling of the pandemic, there’s everything for Boris Johnson to play for.

• Marina Hyde is a Guardian columnist 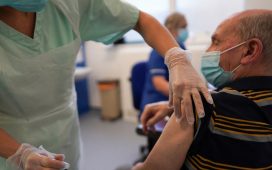 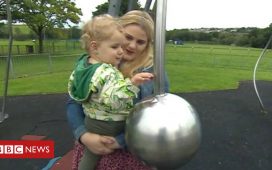 Alex Davies-Jones MP 'lost most of cervix after delaying smear'

Britain has plenty of cash to bail out big business, yet nothing for the poorest | Simon Jenkins 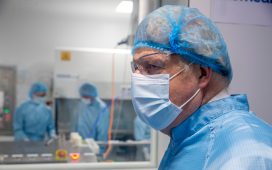