Robert Page did not hesitate when asked whether he and his Wales team feel responsible for the nation as they attempt to knock Denmark out of Euro 2020 in the last-16 tie in Amsterdam on Saturday.

“There’s no added pressure,” he said. “It’s another game of football for us – we’re fully prepared going into it. And we’ve got a gameplan that we think will go and hurt them. It’s not responsibility, it’s an absolute honour to be sat here representing Wales like this and the players feel exactly the same.

“I’ll sleep OK tonight. The support we’ve had back home: as much as it is frustrating for everybody – staff, players and supporters – that the supporters can’t be out here, the messages we’ve had, and social media with the kids in school singing the anthem for us, which is a montage of clips that we’re going to put together and show the players; we know that everybody, come the kick-off, will be behind us.”

Page noted that Denmark fans would vastly outnumber their Wales counterparts at the Johan Cruyff Arena because of a Netherlands government ban that would not apply if the UK were still in the EU.

The Danes have a new constituency of followers across the globe after Christian Eriksen’s cardiac arrest in their opening group game with Finland. The game is being held at the home of Eriksen’s former club Ajax, where he played from 2010-13.

Page was pitch perfect in addressing that backdrop. “First and foremost our priority is Christian and making sure he’s on the mend and making a full recovery and that’s all that matters in life,” he said. “The world has taken note of what happened and the emotion involved in it but we can’t get involved in that now. It’s work as usual for us. We have a job to do and we want to go out and finish it.”

Gareth Bale, a four-times Champions League-winner with Real Madrid, Wales’s record scorer, captain and arguably greatest footballer, is relishing another massive game in the country’s history. His counsel to teammates, though, was to reach for an old adage.

“We know the occasion that we’re in,” he said. “We’re in a big tournament. I think every game that we play, we feel is a big game. I think we just have to play the game tomorrow, not think of the occasion. And I’m sure we’ll be ready come kick-off for the game alone.”

Bale was also the leader of Chris Coleman’s Euro 2016 vintage that went to the semi-finals. There is speculation that the 31-year-old, who claims a 96th cap versus Denmark, could make this tournament his swan song. The forward was asked whether he will play on Saturday as if for the last time for Wales.

The question received a laugh and neat response. “No, I’m not going to play as if it’s my last because I want to get through to the next round,” Bale said. “[My] focus is on this game and not looking further.”

He was more expansive when quizzed about his public persona, allowing a glimpse of a man who feels misunderstood and misrepresented by Real Madrid‑friendly Spanish media who serially portray him as more interested in golf than a club from which he has become estranged.

“No one in the media knows who I am,” he said. “I like to keep it that way. I’m sure people have their perceptions, they read what people write, but I know who I am. I’m obviously not the person who people write about. I’m, I guess, a normal person that has a bit of a laugh with his friends.

“So I’m not really bothered how people think of me. I am who I am, and I’m comfortable with that.”

Pressed on what was the biggest misconception the shutters came down. “I honestly don’t care,” Bale said. “It’s not really about me, it’s about Wales and the game. I’m not bothered what people think of me. So it is what it is.

All I’m worried about is trying to do my best for Wales, trying to get us through to the next round. I don’t need to say too much more than that.”

For Page, Bale’s teammates and a nation dreaming of the adventure at these championships continuing to the quarter-finals and beyond, this is precisely what they want to hear. And given how Bale performed as he would wish during the group phase Kasper Hjulmand’s side will fear him most.

Yet in Aaron Ramsey’s attacking play, Joe Allen’s midfield scheming and the pace of Dan James (who seems inspired by the Welsh jersey rather than cowed as he appears when in Manchester United’s), Page’s XI is potent beyond Bale’s menace. The team he sends out are expected to be the same that defeated Turkey because of Ethan Ampadu’s suspension, meaning a 4-2-3-1 with Kieffer Moore at the tip. Allen, Ben Davies, Chris Gunter, Chris Mepham and Moore are a booking from suspension but this is no time to be circumspect.

As Page said: “The gloves are off. We are in the knockout stages, there is no managing bookings. We are fully ready for it. We are ready for a battle because it is going to be a battle. It’s all out now.” 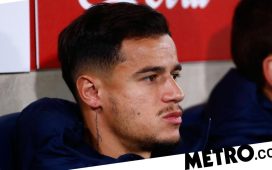