NEWSCABAL
Home » Italy's Europe minister: 'We have to be united to strengthen the EU economy'
europe

Italy's Europe minister: 'We have to be united to strengthen the EU economy' 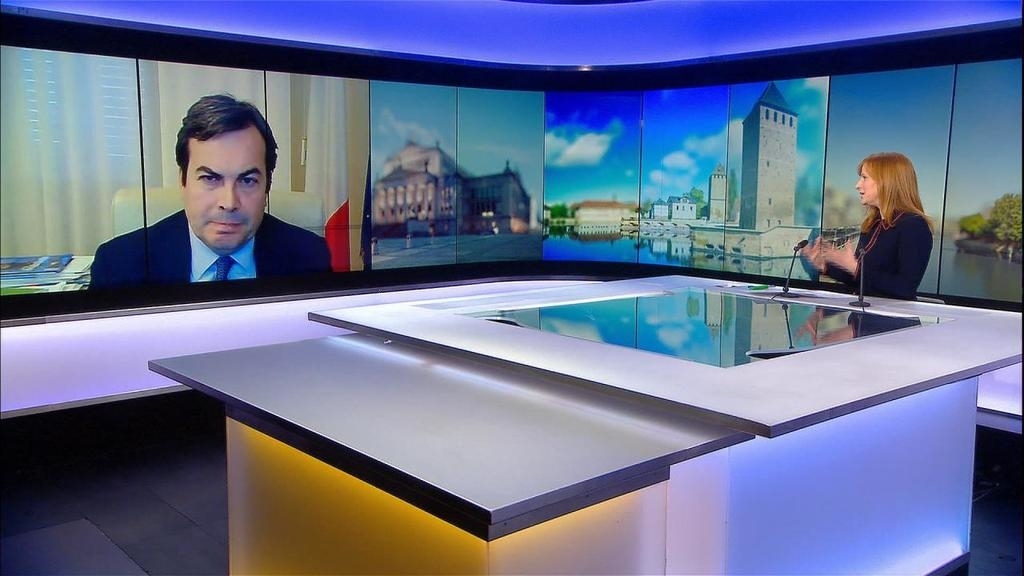 You might be breathing a sigh of relief that this pandemic year is finally drawing to a close – but the number of coronavirus infections each day on this continent is still very much a matter of concern. Back in the spring, Italy was the country that first took drastic measures, with its daily death toll peaking at 919 in late March. Now Italy is once again struggling to keep Covid-19 infections under control and its economy is taking a hit. For more, we speak Italy’s Minister for European Affairs, Vincenzo Amendola.

While Italy’s citizens worry about their health, the economy has taken a hit that’s slightly above average for eurozone countries and Italy is due to be one of the biggest recipients of emergency EU grants and loans.

Italy’s Minister for European Affairs, Vincenzo Amendola, tells FRANCE 24 how his government aims to control the spread of the virus: “The line of contagion is going down but the death toll is quite important and makes us concerned. We are going to have different restrictions depending on the regions but the maximum alarm for the government and the parliament is still on the table and indeed we are working to contribute to stop down this contagion like all the European countries.”

As hopes grow that Europeans will get access to Covid-19 vaccines as soon as January 2021, the minister tells us he is “confident” that enough Italians will take the vaccine for the vaccination campaign to be effective: “in terms of vaccination, our country will be united in order to achieve this important way out of the tunnel.”

On the economic and diplomatic front, Italy is due to become the biggest single recipient of EU recovery funding. However the entire €1.8 trillion EU budget is currently held up by a veto from Hungary and Poland, who object to new rules making the receipt of EU funding conditional on respect for rule of law commitments. Amendola insists that the new rule must come into force: “We stick to the agreement that we have signed on 21st of July. When we signed the agreement on the MFF and the next generation instrument, it was already clear that we wanted to introduce this (rule of law) conditionality.” He adds: “It has been clear from the beginning that we are belonging to a community that is not just sharing the resources but also sharing values.”

On the broader economic recovery, Italy’s GDP is already 4.5 percent smaller than at the end of 2019 – a slightly worse figure than the eurozone average. The minister says the EU countries have to remain united: “We have to be united in what we are planning and united also to strengthen the market union, to strengthen the European economy because this is the best way for each of us, each of the 27 member states to go out from the crisis in a shorter time.”

With Brexit talks resuming in London on the final weekend of November, Amendola says that the EU member states still fully support their negotiator, Michel Barnier: “Michel Barnier has all our confidence to go and negotiate on the basis of our interest as Europeans: our internal market rules, our rules in terms of fishery, in terms of defending the Irish agreement that is based on our identity.” He adds: “Europeans are united […] The unity among the 27 is based on the unity of our internal market and the value chain that are working together. I don’t see any benefits in having a no deal nor a bad deal so in this sense we are moving all together because we are confident in our necessity.”