The fate of the Italian government hangs in the balance this week amid a confrontation between the prime minister, Giuseppe Conte, and his coalition ally and former prime minister, Matteo Renzi.

Renzi has repeatedly threatened to pull his small Italia Viva party from the ruling majority unless the government changes tack on how to reboot Italy’s fragile economy. Renzi has also called for Conte to relinquish his control over the secret services and for the government to speed up the distribution of Covid-19 vaccinations.

Conte has so far resisted the pressure, saying last week he was ready to confront Renzi in parliament. However, Conte is reportedly organising a meeting between party leaders, either on Monday or Tuesday, to discuss a possible government reshuffle. The crucial day is 7 January, when Conte will seek support from ministers for the economic recovery plan, which could lead Italia Viva to abandon the coalition and prompt a government crisis.

Renzi, who was prime minister from 2014-16, in effect orchestrated the Conte-led coalition between the centre-left Democratic party (PD) and Five Star Movement (M5S), after the collapse of the coalition government of M5S and Matteo Salvini’s far-right League in August 2019. Renzi then left the PD and established Italia Viva, which has two government ministers and attracts about 3% of voters in polls.

He told Corriere della Sera on Monday his ministers were not in government out of “vainglory” but because they had ideas.

“If these ideas are not liked, then we are not like the others – we will leave our [government] seats,” he said. “I understand that in times of populism this sounds extravagant, but you can do politics even without institutional positions.”

READ  Brexit deal: What does the Brexit draft agreement mean for Gibraltar?

Renzi added that it was up to Conte to decide whether the party’s ideas on vaccines, the economy, schools and culture were “noteworthy or not”.

Renzi’s main sticking point is the EU’s recovery fund, of which Italy is set to receive €209bn – the largest share among member states. He fears the opportunity will be squandered.

“I’m in favour of spending it all and spending it well,” he told Il Sole 24 Ore last week. “But if someone wants to spend it badly, they can do so without us.”

Conte is also facing a challenge from the opposition, with the far-right Brothers of Italy organising a petition calling for a vote of confidence in the government that was signed by 100,000 Italians within a few hours. Brothers of Italy, which participates in elections with the League and Silvio Berlusconi’s Forza Italia, is the only party to have significantly grown in popularity over the last year. If a national ballot were held any time soon, then the trio could win more than 50% of the vote.

With this in mind, and with the country still in the middle of the coronavirus pandemic, experts say Renzi’s manoeuvres are unlikely to lead to new elections. Conte also enjoys a high level of support among Italians in polls.

“I think Renzi wants to create is a reshuffle, to show that he has an independent voice that can produce change,” said Franco Pavoncello, a political science professor and president of John Cabot University in Rome. “He has a small presence in parliament and when you are in a situation of relative weakness, you need to stir things up.” 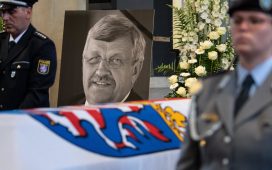 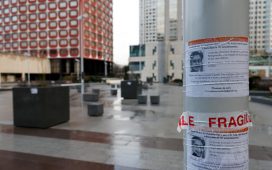 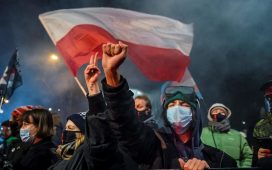