So it turns out there’s another thing Matt Hancock is useless at – being a husband.

This morning the nation tried its best not to puke into its porridge as photos emerged of him snogging a woman who was most definitely not his wife.

A friend of Hancock revealed that he “has no comment on personal matters. No rules have been broken.” Interesting.

First up, pretty sure Martha Hoyer Millar, aka Mrs Hancock for the last 15 years, and mother of his three children can think of one or two that have been slightly fractured, shall we say.

Oh, and also there’s the small matter of the date that the stomach-churning wet lettuce clinch photos were taken.

They’re reportedly from May 6, almost two full weeks before hugging between households was allowed. No rules have been broken though – Hancock was probably just canoodling to test his eyesight, or something.

The Other Woman is an old chum from Oxford university, who Hancock has remained “close friends” (cough cough) with ever since.

Do you think Hancock should resign? Have your say in the comment section below.

By complete coincidence – because obviously he has absolutely no previous for giving jobs and contracts to his mates – she got an unpaid role and then a job.

Gina Coladangelo was hired first as an unpaid adviser, and then as a paid non-executive director. To clarify, that’s paid in money, not kind. Almost definitely.

The truly bafflingly thing about this embarrassing expose is that it was hard enough to compute that one woman in the world fancied Matt Hancock, and now we’re forced to accept that TWO do?

Power is famously an aphrodisiac, and admittedly he does have an important sounding job, but come on – this dweeb is a national laughing stock, at best.

He’s cringely fake cried on telly. Replied uncertainly, “I don’t think so?” when asked if he agrees that he’s useless. Become the subject of countless memes, due to things like somehow managing not to be able to sit down convincingly. Been ripped to shreds by Piers Morgan on GMB over and over again. Shown himself to be incompetent, negligent, ineffectual, the government’s whipping boy.

And yet there was one woman watching all of that – maybe not even through her fingers, like the rest of us – thinking… phwoar. Mind-boggling.

Quite apt that Hancock’s the Secretary of State for Health, as after looking at the photos of him getting lucky, many of us are left feeling like we need medical assistance. Prepare for the understatement of the megaannum (that’s a million years.) Martha and Gina, YOU CAN DO BETTER. 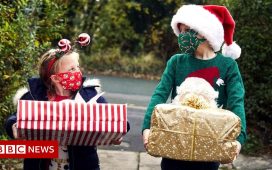 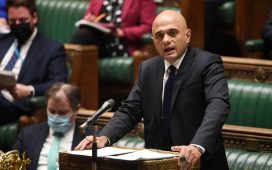 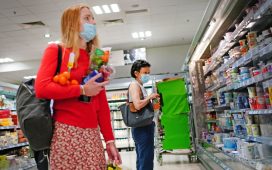