It took 20 years for me process my dad’s death


My dad, an entrepreneur, was serious, hardworking and business-focused, but also had a playful, childlike side.

He didn’t drink, loved to take my sister and I to the running track at the athletic stadium and would let me go to work with him, where I would pretend to be his receptionist.

I had a happy childhood with him, but when I was five years old, everything changed – and I spent the next 20 years trying to erase the difficult memories instead of facing them head-on.

It all started when my parents divorced. My mother, my younger sister and I moved out, leaving my older brothers and sisters with my dad. I went from living in a four-bed house with a garden to living in a council flat where I shared a bedroom with my sister, only seeing my dad in the school summer holidays.

My world was turned upside down and it felt like we had lost everything.

Life on the estate was a culture shock. Kids as young as five were allowed to play outside without their parents – something that jarred with the strict rules of the household I had grown up in.

Then one day, when I was eight, I was playing tag outside with my friends when I was called up to our flat. My uncle was there to tell me that my dad had passed away with a stomach ulcer, aged 42.

The whole experience was surreal. Instead of reacting to what I had heard or letting it sink in, I remember just being keen to get back outside. It wasn’t until I told my friends and saw their reactions that I realised what had just happened – it made my dad’s death feel real.

Still, I never really processed this trauma. Instead, I kept myself occupied, playing football or distracting myself with friends. I was in denial.

We left the estate two years later. I was 10 years old and my mother had met someone new and was expecting a baby.

I’ve always felt a connection between the estate and my father – it was the last place he picked me up from and where I heard about his death. But at the same time, the period of my life I spent there was characterised by difficult change and overwhelming feelings.

So, I closed the door on this uncomfortable chapter, meaning I never properly faced up to my dad’s passing.

But three years ago an ex-girlfriend suggested I go back to Uganda to visit his grave. As uncomfortable as the idea was, deep down I knew I had been running away from addressing his death and that, in order to truly grow, I had to accept it.

The trip completely changed my outlook on life.

Within a week of deciding to go to Uganda, I booked myself a ticket and flew there alone. I think I did this so that I didn’t give myself the space to change my mind.

I remember having a memory of my dad’s grave being surrounded by high grass, which at the age of 12 felt like trees. However, when I arrived at his burial ground the grass was low and I felt a real sense of calmness and strange sense of comfort.

In Uganda, I heard stories about my father from relatives. I learned of his persistence when they told me it actually took him three attempts to move to London before successfully coming over to study engineering.

I realised that, for a huge part of my life, I had avoided thinking or talking about my dad’s death because I didn’t want to be reminded of the fear and disadvantage I felt when it happened.

Through addressing his death I have become more at peace with my past and content in my present.

By this time I had gone on to follow in my dad’s footsteps by starting my own businesses. The first was an international recruitment agency for nurses based in the UK and the Philippines, then I co-founded an online social network for entrepreneurs called MYCOMEUP.

The fact that my dad worked for himself and had his own company definitely influenced me. It showed me that owning my own business was within reach.

But, last year, I returned to the estate and, after almost 20 years, I still felt shame at having grown up there. None of my current friends had come from anywhere like this.

I was there taking part in a conceptual project focusing on identity – talking to the photographer Hana Zebzabi had made me realise I had lost part of mine.

We initially spoke on the phone while she explained the concept and the mood board she had created, before I decided to take part.

During my discussion with the photographer about where I grew up as a child, I felt a sense of discomfort. I think it was a mix between recollections of my past and the fact that I hadn’t been back in years.

As I walked onto Purbrook Estate, memories instantly began to flood back. It seemed surreal yet, at the same time, still felt like home.

Looking down the corridor I was in when I first told my friends about my dad’s death sent a chill down my spine. I recognised my naivety in that moment; I was totally unaware how much my life would be impacted by that day.

Going back and confronting the feelings of uncertainty I once had about life left me feeling empowered and proud of my ability to pursue my dreams.

I feel glad about returning to Uganda and my old estate as both trips have provided a form of closure and gave me the ability to redefine my interpretation of a moment in my life I’d tried to hard to lock away from my journey.

By going back and tracing the steps of my trauma, I was able to not only acknowledge it, but actually confront and rewrite it.

Acknowledging my father’s passing and revisiting my childhood council estate hammered home that our personal traumas or the environments we grow up in do not define us. Instead, we are created and fuelled by them.

Leonard Sekyonda’s book Become Your Own Hero Again can be found here.


MORE : The hidden worry about young people and their mental health


MORE : I financially support my parents – and it’s becoming too much to bear 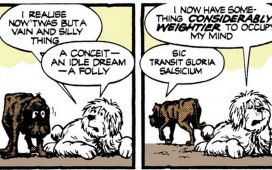 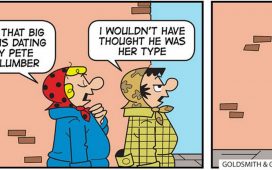