Epic’s recent antitrust case against Apple – in which it lost all but one of its legal challenges – may be over for now, but the drama continues. Apple has told Epic it won’t be reinstating its Fortunite developer account until the appeal process is over – a decision that could mean the battle royale game remains unavailable on Apple devices for years.

Epic appealed the move unsuccessfully, and Fortnite has remained unavailable on Apple devices for the duration of its legal proceedings. However, now the court’s judgement has been passed – which included confirmation that Apple is within its rights to keep Fortnite off its App Store – Epic has once again attempted to have its developer account reinstated, this time by appealing directly to Apple.

Epic CEO Tim Sweeney has now shared correspondence related to this request on Twitter. In an initial email, addressed to Apple exec Phill Schiller, Sweeney requests that Apple reinstate Epic’s Fortnite developer account before highlighting a range of conditions it expects Apple to meet before Epic would be willing to bring Fortnite back to the store.

“Whether Epic chooses to bring Fortnite back to iOS consumers depends on whether and where Apple updates its guidelines to prove a level playing field between Apple In-App Purchase and other methods of payment,” Sweeney wrote, before adding, “Epic will resubmit Fortnite to the Apple Store if you adhere to the plain language of the court order and allow apps to include external links that direct customers to other purchasing mechanisms without onerous terms or impediment to a good user experience.”

In a follow-up email between Apple and Epic’s legal representation, Apple confirms it remains unwilling to reinstate Epic’s developer account “at this time”, citing Epic’s “duplicitous conduct in the past”, among other things.

“Epic committed an intentional breach of contract, and breach of trust, by concealing code from Apple and making related misrepresentations and omissions,” Apple wrote. “In its decision, the court recognised that ‘Apple had contractual rights to act as it did. It merely enforced those rights as [Epic’s] own internal documents show Epic Games expected'”. Apple notes the court agreed its decision to remove Epic’s developer access was “valid, lawful, and enforceable”.

“Following that decision,” Apple continues, “Mr. Sweeney has publicly said that Epic “[w]ouldn’t trade [an alternative payment system] away to get Fortnite back on iOS.” In light of this and other statements since the court’s decision, coupled with Epic’s duplicitous conduct in the past, Apple has exercised its discretion not to reinstate Epic’s developer program account at this time.” Apple adds it will “not consider any further requests for reinstatement until the district court’s judgment becomes final and nonappealable”.

In presenting these documents on Twitter, Sweeney argues Apple “spent a year telling the world, the court, and the press they’d ‘welcome Epic’s return to the App Store if they agree to play by the same rules as everyone else’. Epic agreed, and now Apple has reneged in another abuse of its monopoly power over a billion users.” Epic, of course, failed to prove Apple acted as a mobile gaming monopoly in its recent court case.

“Just last week,” Sweeney continued, “Epic agreed with Apple that we would play by the same rules as everyone else. Late last night, Apple informed Epic that Fortnite will be blacklisted from the Apple ecosystem until the exhaustion of all court appeals”. This, says Sweeney, “could be as long as a 5-year process”. In other words, now that Epic has confirmed it plans to appeal this month’s court judgement, don’t expect Fortnite to return to Apple devices anytime soon. 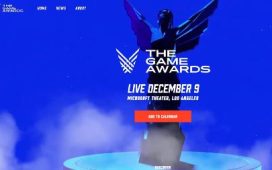