NEWSCABAL
NEWSCABAL > science > It could have saved lives. So how did the coronavirus response plan go missing?
science 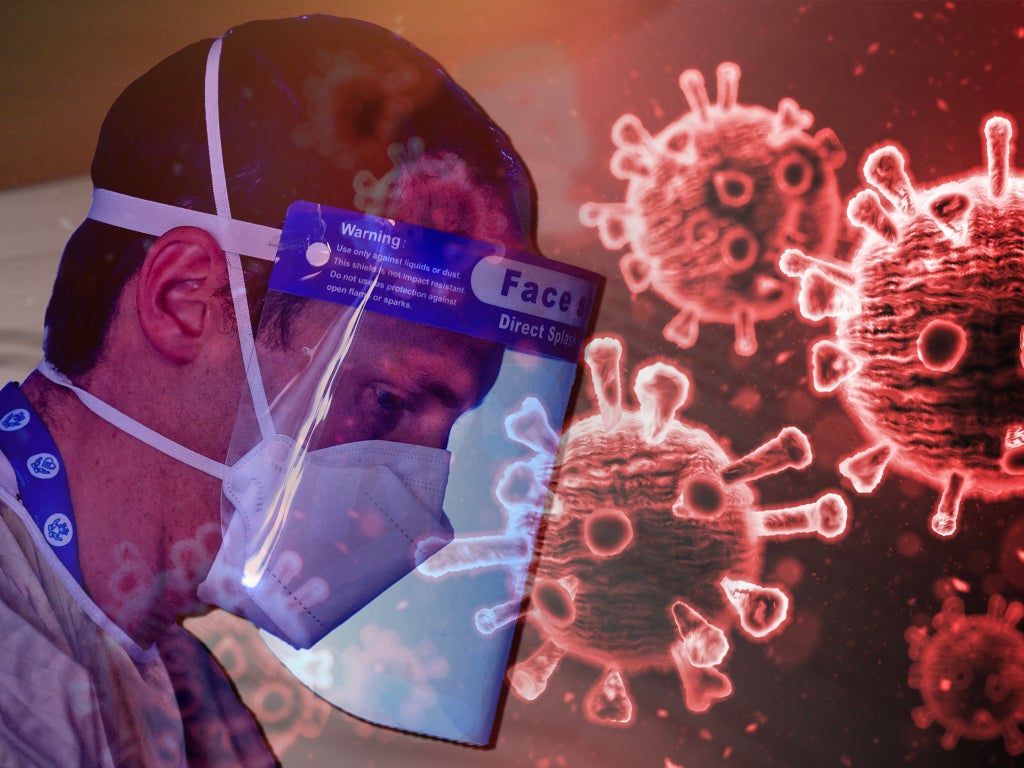 In the words of one of Britain’s most senior health figures, now retired from government, it was “hubris” that underpinned our indifference to Covid-19 in the early days of the pandemic.

There was a self-assurance within Whitehall that the UK would never need to bow to this virus, even as it took root on the continent.

More than 18 months on, the missteps of the government’s initial response to Covid-19 are well documented. We know that roughly 20,000 lives could have been saved had we locked down earlier. We know that the virus was allowed to freely spread in care homes. We know the NHS was deprived of the PPE, staff and resources needed to care for patients.

But could it have been different had the UK turned to a 48-page contingency plan that was specific to another coronavirus infection, known as Sars? Would Britain have fared any better?

The 2005 Sars plan, uncovered by The Independent, makes no mention of national lockdowns or care homes. Nor does it provide any guidance on mask-wearing, working from home or social distancing. It never considers a pandemic-scale crisis. And Covid-19 does, after all, differ from the far more fatal Sars disease.

Yet the plan has plenty of strengths to draw from. It clearly communicates many of the key facts and messages about Sars that, in the context of its viral cousin Sars-CoV-2, could and should have been taken into account at the beginning of the pandemic.

Our Supporter Programme funds special reports on the issues that matter. Click here to help fund more of our public-interest journalism

The high risks posed to healthcare workers are repeatedly conveyed throughout the document, the dangers of aerosol-based transmission are flagged, the need for well-maintained airflow and ventilation is discussed, the significance of contact tracing is emphasised, travel restrictions are recommended, and symptoms are outlined.

See also  Pandemic-related wearable lights up, vibrates and makes 'annoying ' sounds when people are too close

Hindsight is a wonderful thing, and thanks to the experience of the past 18 months, these facts and considerations have become engrained into our understanding of Covid. But in those opening weeks of 2020, when little was known of the fast-spreading virus, the data and guidance we had on Sars would have provided an invaluable weather vane for ministers to ascertain which way the wind was blowing, and prepare accordingly.

More significantly, the document details a step-by-step action plan for responding to an escalating Sars outbreak. It begins with the necessary preparations that need to be taken when cases are spreading concurrently in multiple countries, before progressing to the measures and strategies that should be enacted in the scenario of a UK epidemic.

Meticulous and proactive in scope, “it is a very good plan,” says Susan Scholefield, the director of the Cabinet Office’s Civil Contingencies Secretariat from 2002 to 2004. Within the document, government officials, health agencies and the NHS are told to develop and maintain diagnostic networks, prepare hospitals for infected patients, expand contact tracing, stockpile PPE, limit mass gatherings, and much more.

The flu pandemic textbook that was adopted by the government at the start of 2020 set the UK on a very different course, as highlighted by the mass gatherings that were still being held in mid-March, the decision to wind down contact tracing on 12 March and the lack of quarantining for international arrivals at British airports.

The most recently published flu strategy concludes: “It will not be possible to halt the spread of a new pandemic influenza virus, and it would be a waste of public health resources and capacity to attempt to do so.” Was this the logic behind the government’s approach in February and March?

Had ministers followed the Sars plan once cases of Covid-19 started appearing outside of China, the reality is that Whitehall would have started its preparations in late January. By the end of February, it would have mobilised much of the UK’s health protection infrastructure to place the four nations on the front foot against Covid-19.

Of course, many of the same mistakes would still have likely been made, with thousands upon thousands of lives lost as a result. Years of mounting health inequalities, cuts to the NHS and neglect of the UK’s PPE stockpile meant we were always destined to take on Covid with one hand behind our back.

Globally, there has been a sense of inevitability to much of what has passed – a clear indication of the general poor pandemic preparedness of many countries. The vast majority were caught off-guard and have come to pay the price.

Nonetheless, many believe that the devastating scale of the UK’s Covid tragedy would have been minimised had the Sars plan been implemented. “I believe tens of thousands of lives would have been saved,” says Sir David King, the chief scientific adviser from 2000 to 2007 who helped develop the document.

Determining why the document was never considered by the government, with ministers and advisers unaware of its existence, is another issue entirely – one that points to systematic failings that stretch back 16 years.

Those who served in the field of pandemic preparedness and emerging planning under both Labour and the Conservatives cannot account for the plan, while those responsible for its creation are unsure of the journey it took through the upper echelons of government.

It will likely have passed through many hands and crossed many desks, waved away by those in power with more pressing matters to worry about, but perhaps briefly considered by others in the context of later infectious diseases that threatened to spiral out of control, like the 2009 swine flu outbreak.

By the early 2010s, after the Conservatives had taken power, the government had begun dismantling emergency planning units across the country and abolishing regional health teams – the sort that would have been dedicated to maintaining the plan and ensuring officials were well prepped to react to future outbreaks.

Under this context, “it’s not surprising that the Sars plan went missing”, says Professor Gabriel Scally, a former regional director of public health who suspects the document “crossed my desk” in the mid 2000s.

With time, the plan appears to have eventually faded into the Whitehall ether, to the point where those occupying the highest health offices in government became oblivious to its existence by the end of the last decade.

It was only through a Freedom of Information request, along with an intervention from the Information Commissioner, that the document was released by the Department of Health, suggesting that it had been accessible and ready to use from day one.

The disparate, disjointed and disconnected machinery of modern government ultimately saw the plan placed on the dusty shelves of Whitehall. Responsibility for this cannot be assigned to a single person or administration.

But had our current leaders been willing to cast aside their hubris, think proactively in those early weeks of 2020 and explore all options – both old and new – the Sars contingency plan may well have been utilised to soften the initial blow of Covid-19, saving thousands of lives in the process.

‘A great loss’: tributes pour in for pioneering PNG female doctor who died from Covid

Covid has wiped out years of progress on life expectancy, finds study

Readers reply: if the Earth were flat, how would our lives be different?