Gregory Campbell, a Democratic Unionist party (DUP) MP in Northern Ireland, once expressed his scorn for the Irish language with six words that became infamous: “Curry my yoghurt, can coca coalyer.”

He coined the gibberish phrase in 2014 during an address to the Stormont assembly to mimic and deride nationalist colleagues who began speeches with “go raibh maith agat, Ceann Comhairle”, which means “thank you, Chairman”.

It caused uproar but Campbell was unrepentant. A DUP conference later cheered him when he brought a pot of yoghurt to the lectern and said curry was for lunch. The message was clear: Irish was for republicans, not unionists.

But eight years later the UK government is to table long-delayed legislation to promote and safeguard Irish – and a small, growing number of people from Protestant and unionist backgrounds in Northern Ireland are already learning it.

“We have signed up nearly 300 people a year, it’s going really well, we can’t meet the demand,” said Linda Ervine, who runs Turas, an Irish language project in east Belfast, a loyalist heartland. “For the Protestant students who come, it’s surrounded by negativity, yet they still come.”

A decade ago, Protestants and unionists were nervous about learning Irish, fearing they would be seen as traitors, said Ervine. “Now instead of being worried about friends and neighbours knowing they’re bringing them along.”

These classes, in an area bedecked with union jacks and murals of the Queen, underline the shifting fortunes of a language that for centuries was marginalised and discriminated against.

On Wednesday Brandon Lewis, the secretary of state for Northern Ireland, is to introduce the identity and language (Northern Ireland) bill at Westminster to recognise and protect Irish and foster Ulster Scots.

It will give the Irish language official status, allow the use of Irish in courts, create two commissioners plus an office of identity and cultural expression and provide £4m to An Ciste Infheistíochta Gaeilge, an Irish language investment fund. “This bill represents a significant milestone in laying down a new cultural framework,” Lewis said.

Irish language activists welcomed the legislation and urged swift implementation. “That is now the immediate litmus test for the British government. Having legislation is one thing, acting on it is the real test,” Conchúr Ó Muadaigh, of the Conradh na Gaeilge language group , told the BBC. “Without that immediate action this legislation won’t be worth the paper it is written on.”

Political battles will continue. Some unionists last year celebrated blocking what would have been Belfast’s first Irish language pre-school. Many accuse Sinn Féin of “weaponising” Irish into a wider push for a united Ireland.

Nationalist parties and the centrist Alliance say Irish should have a similar official position to that of Welsh and Scots Gaelic, aligning Northern Ireland with the rest of the UK.

For more than a decade the UK government and even the DUP, as part of power-sharing deals, made promises about official recognition, only for nothing to happen. There is concern the absence of a Stormont executive – which the DUP is boycotting – could stymie implementation of the legislation.

But there is a sense of momentum. Last weekend more than 10,000 people marched through central Belfast under the banner of An Dream Dearg, an Irish language campaign group, to demand “cearta, cothromas agus cóir” (rights, respect and recognition). Cinemas are showing An Cailín Ciúin (The Quiet Girl), a drama hailed as a breakthrough for Irish language films.

“I hope the legislation is going to make a difference but I think it’s only the beginning of the journey,” Ervine said. “Hopefully people will show respect to the language and see that it can’t be sidelined.”

Some of her students come because they are curious about the fuss over Irish, others are keen to learn the origin of place names, others enjoy the linguistic challenge.

“It’s the original language of the country and deserves to be kept alive for that reason alone. It could die out if it’s not supported,” said Mildred Bass, 72, a retired civil servant who started attending classes last year.

Paul Taylor, 56, who runs a catering business, said the language belonged to everyone. “It existed before Protestants and Catholics, before Christianity, before the border, it’s something we all share. It’s something that could, and should, bring people together.”

Taylor, who is apolitical and from a Protestant and unionist background, said the classes had awoken a deep connection to the language. “I’m really proud of learning Irish and what we’re doing here. It’s given me something really positive, a cultural grounding that I was missing.” 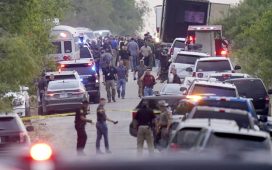 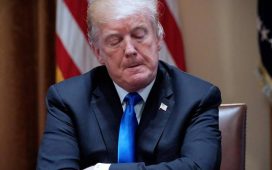 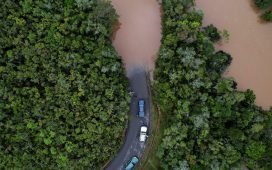 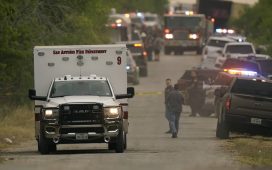