COVID cases have dropped by 94 per cent in Israelis who are fully vaccinated with the Pfizer jab.

The findings come from the largest study of people outside of clinical trials of the potentially life-saving injection.

Doctors looked at 600,000 people given the Pfizer vaccine – also received by millions of people in the UK.

They compared them with people of the same risk factors for Covid who had not received the jab and recorded how many Covid events there were in each group.

As well as the huge drop in cases, there were also 92 per cent fewer cases of severe coronavirus illness, according to the early results.

All study participants were part of Israel’s largest healthcare provider Clait, which covers more than half of all Israelis.

It said in a Hebrew-language statement: “Vaccine efficacy is maintained in all age groups, including those aged 70+.

“The publication of preliminary results at this stage is intended to emphasise to the unvaccinated population that the vaccine is highly effective and prevents serious morbidity.”

Ran Balicer, Clalit’s chief innovation officer, said the company’s data “shows unequivocally that Pfizer’s coronavirus vaccine is extremely effective in the real world a week after the second dose, just as it was found to be in the clinical study”, according to Reuters.

The study participants were tested for Covid at least seven days after receiving their second Pfizer vaccine.

Israel has inoculated more people per population size than anywhere else in the world – 3.8 million people have received the first dose and 2.4 million have had their second in a country with nine million residents.

It comes after a range of healthcare providers in Israel revealed what new data shows from the world’s most efficient vaccine programme so far, three weeks after second vaccine doses were rolled out from January 16.

Data from more than 400,000 people vaccinated with either the Pfizer or Oxford vaccine showed that among older (60+) and vulnerable adults, cases have fallen by 53 per cent.

Hospitalisations have fallen by 39 per cent and severe illness by 31 per cent.

In the same period, among people under age 60 who became eligible for shots later, new cases dropped 20 per cent.

But hospitalisations and severe illness rose 15 per cent and 29 per cent, respectively.

Paul Hunter, a professor of medicine and University of East Anglia, said a possible explanation is that case numbers in the general community were still rising, peaking on about January 16th, “so hospitalisations in non-vaccinated group would continue to increase for a week or so”.

On February 14, the Weizmann Institute of Science said a decline in cases and hospitalisations was seen for the first time in those aged 55 and older.

Israeli experts are confident the vaccines – rather than lockdown measures imposed on December 27 – have had a positive impact on the Covid outbreak.

Israel has been conducting a rapid vaccine rollout and its database offers insights into vaccine effectiveness and at what point countries might attain herd immunity.

It comes as  the lead researcher on a Covid study said that a single vaccine was providing 46 per cent protection after two weeks and 67 per cent after three weeks.

Epidemiologist  Professor Tim Spector has been collecting data from millions of people in the UK reporting symptoms, test results and vaccinations to the  Zoe Covid Symptom Study App since March 2020.

By comparing cases of Covid in those who have and have not been vaccinated, the app data suggests the vaccines are successfully working to bring down cases.

Prof Spector told Sky News’ Sophy Ridge on Sunday Covid-19 cases had dropped by 80 per cent since the start of January, with hospital admissions reducing by 60 per cent, along with a 50 per cent decrease of people in hospital with the virus.

He said: “It currently means we are in a similar state as we were in October and if we look at the trajectory at where we are going, in a couple of weeks we are going to be where we were in May or June.”

What are the Covid vaccine groups?

Student, 22, who suffered stroke from the pill told by docs she was hungover

Prof Spector said some restrictions should be able to begin to be reduced within weeks.

It comes just days before ministers will look over the impact of the vaccine on the UK’s Covid crisis to decide whether to lift lockdown restrictions.

Prime Minister Boris Johnson will take hospitalisations, case numbers, deaths and the R rate into consideration before making the “roadmap” out of lockdown.

He has pledged to publicly share his roadmap to normality in the week beginning 22 February.

He is expected to axe the hated tier system and has vowed to prioritise the reopening of schools no sooner than March 8. 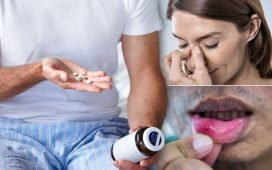 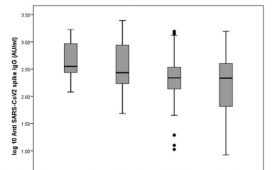 Pfizer's Covid vaccine may not work as well if you're fat 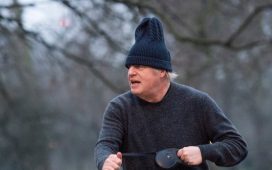 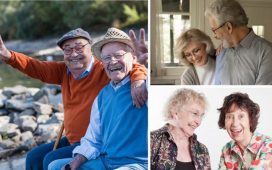 How to live longer: Happiness could add up to a decade onto your lifespan 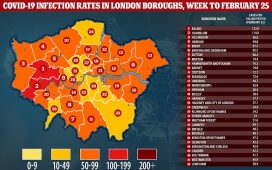