Israeli jets and Palestinian militants traded fresh airstrikes and rocket fire early on Wednesday as the UN’s Middle East envoy called for a cessation of hostilities, warning: “We’re escalating towards a full-scale war.”

The death toll since unrest broke out early on Tuesday rose to 38 – 35 in Gaza and three in Israel – as Israel carried out hundreds of airstrikes in Gaza and Palestinian militant groups fired multiple rocket barrages at Tel Aviv, Beersheba, and other central Israeli cities.

UN envoy Tor Wennesland said leaders on all sides “have to take the responsibility of de-escalation” after a day of ferocious confrontations and prime minister Benjamin Netanyahu promising to intensify attacks on Gaza.

“The cost of war in Gaza is devastating and is being paid by ordinary people,” said Wennesland, who is expected to brief the 15 members of the UN security council on the crisis on Wednesday, its second such meeting in three days.

“Stop the fire immediately. We’re escalating towards a full scale war,” he warned.

In the latest violent exchanges early on Wednesday, sirens warning of incoming rocket fire blared in Tel Aviv and several explosions were heard, according to a Reuters witness, after Hamas said it had fired 110 rockets towards the coastal city in response to Israeli airstrikes on Gaza.

Israeli aircraft also attacked another high-rise building in Gaza City. Five warning rockets were fired from a drone to alert people in the nine-storey block of the incoming bombing. Shortly afterward, the jets struck the building again after journalists and rescuers gathered around.

The structure, which houses residential apartments, medical production companies and a dental clinic, was heavily damaged. There was no immediate word on casualties.

The exchange echoed violence hours earlier on Tuesday, when a 13-storey tower housing apartments and the offices of officials from Hamas, the Islamist group that holds power in Gaza, was hit by an Israeli airstrike and collapsed. Residents had earlier been told to evacuate. In response, Hamas’s military wing said it had fired 130 rockets towards Tel Aviv, and air raid sirens and then explosions were heard in the coastal city.

A state of emergency has been declared in Lod, south-east of Tel Aviv, the scene of two nights of rioting by Arab Israelis, in which synagogues and Jewish schools were reported to have been set on fire, as Israel’s internal strife threatened to be more destabilising than rocket attacks from Gaza.

The White House has responded by saying its “primary focus” was de-escalation and that Joe Biden was being updated on the worsening situation. His spokeswoman, Jen Psaki, said US officials were talking to their counterparts in the region.

“We believe Palestinians and Israelis deserve equal measures of freedom, security, dignity and prosperity,” Psaki said. “US officials in recent weeks have spoken candidly with Israeli officials about how evictions of Palestinian families who have lived for years, sometimes decades, in their homes, and how demolitions of these homes, work against our common interests and achieving a solution to the conflict.”

In recent weeks, there has been a sharp escalation in anger over Israel’s half-century occupation its ever-deepening military grip over Palestinian life and a wave of evictions and demolitions. In Jerusalem, hundreds of Palestinians have been wounded in near-nightly protests that escalated over the weekend and spread to other areas of Israel and the occupied West Bank.

In a statement issued earlier on Tuesday, the Hamas leader, Ismail Haniyeh, said the rocket attacks would continue until Israel stopped “all scenes of terrorism and aggression in Jerusalem and al-Aqsa mosque”.

Israel and Hamas have fought three wars, which were largely seen as failures for both sides, with Hamas still in power and Israel continuing to maintain a crippling blockade. 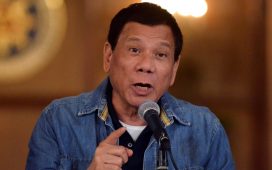 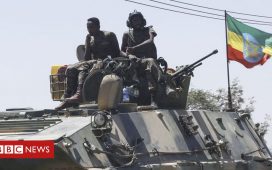