Is YOUR town next? Map reveals next Indian variant Covid hotspots as cases rise


THIS MAP reveals if your hometown is on track to become a Covid hotspot as ministers decide whether to lift the lockdown on June 21.

Scientists have been able to predict which parts of the UK will be red hot in the next fortnight based on current trends.

The team at Imperial College London suggest parts of the North West of England and central Scotland are heading towards higher infection rates.

It comes as the Indian variant grows in case numbers, fuelling the majority of new cases.

But although on the rise, infections are still at a very low level when compared to previous peaks.

And hospitalisations and deaths have not started to creep up to a significant level – only in areas where the Indian variant is prominent.

The current hotspots of the Indian variant are Bolton, Bedford and Blackburn with Darwen, which have seen 1,354, 366 and 361 confirmed cases respectively.

Health chiefs say this could simply be a reflection or surge testing, which will inevitably find more cases.

Other scientists say all the data shows the variant is “concerning” and the next step of the roadmap on June 21 should be delayed.

WHERE WILL COVID HOTSPOTS BE?

Scientists at Imperial College London predict which places will become hotspots in the future, publishing their findings on a website.

It defines hotspots as areas that will reach a certain threshold – for example 500 reported cases per 100,000 population – in a given week.

The team reports the probability from 0 to 100 per cent that a local authority will report higher cases.

Its forecasts only go up to June 12 – around the same time the Government will decide whether to go ahead with the final and “irreversible” step of lifting the lockdown.

Imperial said that in the week to Saturday June 5, Bolton, Blackburn, Rossendale and Kirklees will continue to have infection rates over 100 per 100,000 people.

But there is an 100 per cent chance Manchester and Bury will join. They currently have infection rates of 70 and 66, respectively.

It’s likely Bolton and Blackburn will still have at least 300 cases per 100,000 people in that week, too, the map reveals.

The two areas currently have the highest case rates in England, at 433 and 333, respectively.

However, the Health Secretary said yesterday there are “early signs” that coronavirus rates in Bolton are starting to “cap out” after a testing blitz.

In the Midlands and south, some areas have been flagged as potentially becoming hotspots and nearing 100 cases per 100,000 by June 12.

These are Leicester, Birmingham, Worcester, Reading, Kingston upon Thames, Lambeth and Canterbury.

A number of Scottish areas have also been highlighted by the team at Imperial, particularly in the Central, Strathclyde and Lothian regions.

In the week ending June 6, Renfrewshire and Midlothian’s infection rates are highly likely to go up to 100 cases per 100,000. Both currently stand at roughly 82 now.

The two areas would join Glasgow, East Renfrewshire and Clackmannanshire, already with 100 cases per 100,000 people.

By the week ending June 12, the cities of Edinburgh and Dundee have more than a 50 per cent chance of reaching 100 cases per 100,000, as well as East Dunbartonshire and South Lankashire.

It comes as Scotland’s daily increase in cases on Friday was the highest since March 25.

The R number is potentially as high as 1.3.

First Minister Nicola Sturgeon has kept Glasgow in tighter restrictions than the rest of the country for another week.

She also said that she will confirm on Tuesday if the country as a whole can move to Level 1 as planned on June 7.

She said: “A key factor behind the increases… is that the new April-02 (Indian) variant, which we think is more transmissible than most other types of the virus, probably now accounts for 50 per cent or even more of our daily cases.”

The Office for National Statistics (ONS) has said the percentage of people testing positive has increased in the week ending 22 May.

And they are likely to be fuelled by the Indian variant because testing does not show compatibility with the Kent strain, the agency said.

But the ONS said the number of infections – measured by swabbing random people across the UK – was still very low. 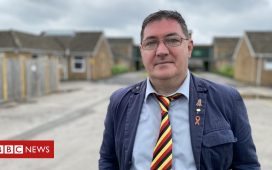 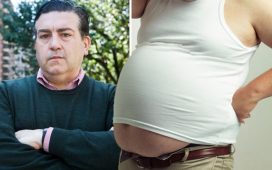 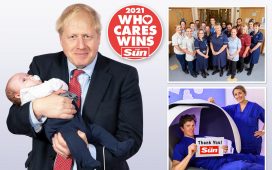