NEWSCABAL > europe > Is Turkey a brother in arms or just extending its footprint into Nagorno-Karabakh?
europe

Is Turkey a brother in arms or just extending its footprint into Nagorno-Karabakh? 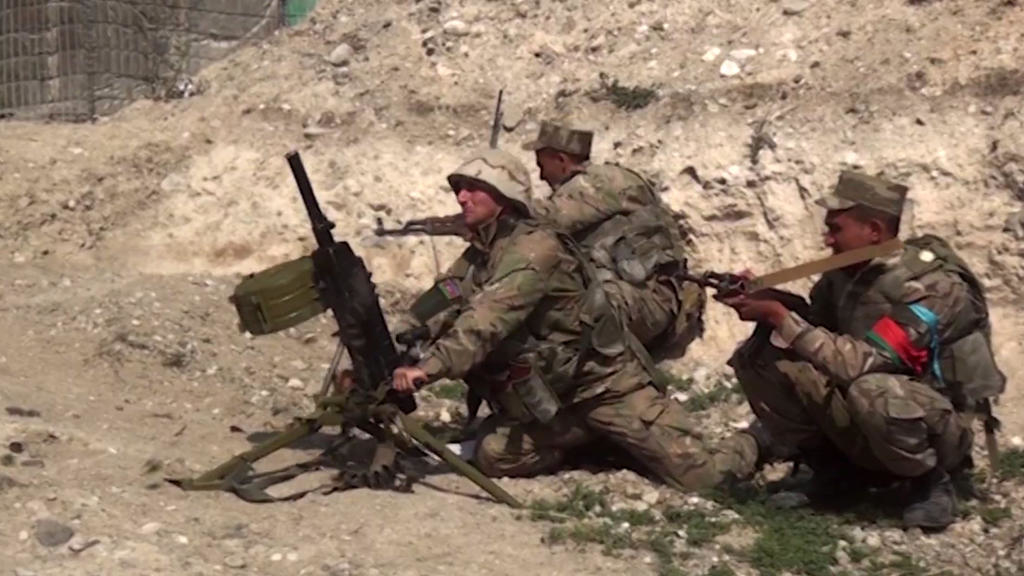 Turkey has jumped to Azerbaijan’s defense during the recent deadly flare-up between Armenia and Azerbaijan over Nagorno-Karabakh and this time, Turkish President Recep Tayyip Erdogan is pulling no punches. But is Ankara willing to flex its muscles at Russia who does not want to see a conflagration in the South Caucasus?

Tucked in the Zangezur mountains in the southeastern corner of Europe, contested by Azerbaijan and Armenia and home to ethnic groups separated by Soviet cartographers, Nagorno-Karabakh is a region the international community would prefer to ignore.

The enclave lies inside the borders of oil-rich Azerbaijan and is internationally recognised as part of Azerbaijani territory. Nagorno-Karabakh, however, has a mainly ethnic Armenian population and – following a war between Armenia and Azerbaijan in the early 1990s that claimed an estimated 30,000 lives – the secessionist enclave remains under a semi-autonomous leadership that is reliant on Armenia.

For nearly 30 years, a peace process under the auspices of the Minsk Group – co-chaired by France, Russia and the US – has gone nowhere.

Russia, the main power in the region, has a defense pact with Armenia. However, Moscow also sells arms to Azerbaijan and maintains a balancing act between the two former Soviet republics as a means to project Russian power in the South Caucasus and position itself as a key negotiator between Yerevan and Baku. The status quo in the disputed region since a 1994 ceasefire has been in Russia’s interest, offering Moscow the win-win ability to sell arms to Azerbaijan without being forced to support Armenia in a regional conflict.

Border clashes have periodically erupted between the two sides, such as the April 2016 “Four-Day War” in Nagorno-Karabakh that killed more than 100 people. The flare-up was immediately brought under control, with the Minsk Group calling for a meeting and the two parties declaring a ceasefire before the meeting even began.

And with that, Nagorno-Karabakh – a region the size of Delaware – was promptly put on the back burner of the world’s frozen conflicts as the international community focused on more pressing crises and conflicts across the globe.

But over the summer, Turkey – a traditional Azerbaijan backer, with the two countries bound by ethnic and historic ties – increased its involvement in the region.

In July, clashes broke out along the border in Azerbaijan’s autonomous Nakchivan exclave, which is nestled between Turkey, Iran and Armenia. Both Armenia and Azerbaijan accused each other of sparking the fighting, which resulted in the deaths of several military personnel and civilians along with the destruction of infrastructure in the border region.

Weeks later, Azerbaijan and Turkey launched two weeks of joint military exercises involving artillery as well as aviation and air-defense equipment, marking “the largest of its kind in the recent history of military cooperation between the two countries”, noted the Jamestown Foundation, a Washington, DC-based research and analysis institute.

Top Azerbaijani defense officials also visited Turkey, where Turkish Defense Minister Hulusi Akar declared: “Everyone must know that the relationship between Turkey and Azerbaijan is one of two countries, one people.”

Weeks later Akar was in Baku, where, in a meeting with Azerbaijani President Ilham Aliyev, the Turkish defense minister noted that, “In Azerbaijan’s struggle for the liberation of its occupied lands, we, Turkey, with a population of 83 million, are next to our brothers.”

When the latest deadly fighting between Armenian and Azerbaijani forces broke out this weekend, Turkey appeared to be leveraging its influence in the South Caucasus region across its eastern border, noting the failure of the international community to resolve the conflict.

Speaking at an Istanbul event on Monday, Turkish President Recep Tayyip Erdogan said the Minsk Group had failed to solve the issue for nearly three decades, and so Azerbaijan “had to take matters into its own hands whether it likes it or not”.

The Turkish president also appeared to be carving out a diplomatic role for Ankara when he noted, “Recent developments have provided an opportunity for all influential countries in the region to introduce realistic and fair solutions.”

Erdogan has been dramatically increasing Turkey’s footprint across the Arab world, from advancing into northeastern Syria, driving deeper into Iraq to tackle Kurdish militias, to intervening in the Libyan civil war. Ankara has also been raising tensions in the eastern Mediterranean – particularly with arch-rival Greece – with its oil exploration ventures.

The Turkish president has long cast himself as his country’s modern-day sultan, restoring his country’s past glories and lands lost in the European carve-up of the Ottoman Empire following World War I.

In recent months, Erdogan has focused his sights on France, a country once emulated by Turkish figures such as the country’s founding father, Mustafa Kemal Ataturk, and now derided by the ruling Islamist AK Party.

Over the past few months Turkey has been extending its influence into West Africa, an area considered France’s pré carré (backyard) and where French troops are engaged in counterterror operations in the Sahel zone that includes Mauritania, Mali, Niger, Burkina Faso and Chad.

Turkey’s recent active foray into the South Caucasus comes as no surprise to experts on the region. “The Turkey of 2020 is different from the Turkey of the 1990s – at that time, Turkey was not ready at all to participate militarily in this conflict. Now we see the Turkish leadership to be far more assertive and to claim that they will support Azerbaijan if Azerbaijan demands it,” explained Tornike Gordadze, from Paris-based Sciences-Po university, on the FRANCE 24 Debate show. “It’s a combo of internal and external issues. Turkey is now much more proactive, present, and does not hesitate to send military forces abroad – we’ve seen them in Syria, Iraq and Libya,” he noted.

Laurence Broers of London-based Chatham House agreed. “What we’re seeing is a growing explicitness to Turkish support,” Broers told the Debate show. “We’re seeing, basically, a new kind of relationship: exchanges and meetings between senior defense officials of the two countries and I think, perhaps, Turkey is seeing this conflict as another regional theatre where it can probe for influence, for foreign policy influence – where it can showcase its military hardware, since developing the Turkish arms industry is a major domestic imperative.”

But Broers stressed that this new posture did not mean Turkey “would look to become more actively involved or seek a direct confrontation with Russia”.

“I think it’s more of lending capability, short of actual direct warfare – capability where there is a degree of plausible deniability of having boots on the ground, so to speak,” he said.

Turkey is an upstart and a junior player compared to Russia in the South Caucasus and Broers noted that Moscow still holds the key to resolving the latest conflagration in Nagorno Karabakh.

“I don’t think Turkey is looking for open conflict with Russia,” he said. “The stakes [are] significantly higher for Russia because Russia’s single most important source of leverage in the South Caucasus is the non-resolved nature of this conflict.”