NEWSCABAL
Home » Is this inhaler the answer to anxiety attacks?
health

Is this inhaler the answer to anxiety attacks?


A hand-held breath ‘pacer’ has been developed to treat panic attacks — thought to affect as many as one million Britons, causing symptoms such as a fast heartbeat, chest pain, feeling faint and shortness of breath.

The device, which looks like an inhaler, is being tested in two clinical trials in the U.S. with patients who suffer from panic attacks or who have had heart attacks (which can lead to raised levels of anxiety).

Current treatments for panic attacks include counselling and medication —usually selective serotonin reuptake inhibitor (SSRI) antidepressants or an anti-epilepsy drug such as pregabalin, which is thought to work by reducing the levels of the brain chemical glutamate (in turn, linked to anxiety). But the potential side-effects have driven a search for drug-free treatments. 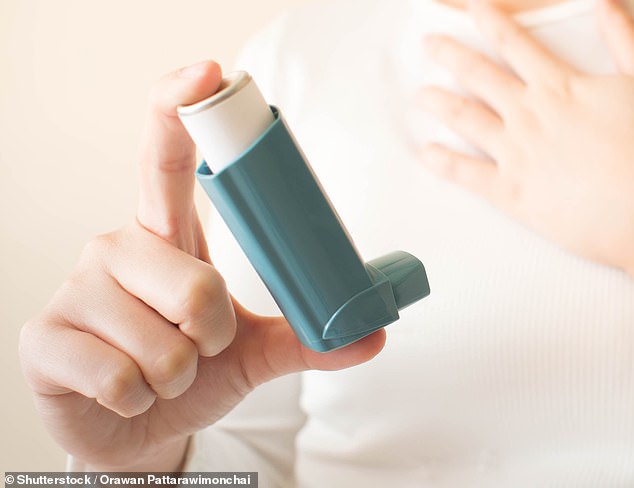 The battery-powered device, the shape and size of an inhaler used by asthma patients (which is pictured above) is first calibrated to the normal breathing patterns of the individual — to do this, the user breathes out into the mouthpiece and inhales through the nose, several times [File photo]

The new approach is based on the understanding about how our bodies respond to stress and life-endangering events.

When we feel threatened, our sympathetic nervous system kicks in, releasing energy to prepare the body for action. This boosts the heart rate, and extra blood is sent to the muscles.

As part of this fight or flight response, breathing becomes faster and more shallow, so more oxygen can be taken in for fighting or running.

Once the danger is over, the parasympathetic nervous system takes over to restore normality.

But in panic attacks and acute stress, the body remains in alert mode. This causes a rush of intense mental and physical symptoms. People who have suffered a heart attack can experience similar symptoms (anxiety about whether their pacemaker is working is particularly common, according to the British Heart Foundation).

The new treatment slows breathing down to normal rates. Breathing exercises are recommended by the NHS for both anxiety and stress, but one of the challenges is getting it right when panic, anxiety and stress levels are peaking.

The battery-powered device, the shape and size of an inhaler used by asthma patients, is first calibrated to the normal breathing patterns of the individual — to do this, the user breathes out into the mouthpiece and inhales through the nose, several times.

During a panic attack or when anxious or stressed, the user breathes out into the device and does not stop until the last of a series of three lights comes on. They then take a breath and breathe into the device again — the process is repeated for around three minutes.

The device can also deliver scents (such as lavender) associated with relaxation.

In a trial at Lenox Hill Hospital, New York, 35 patients with panic disorders are being treated with the device. ‘There are limited options in the management of anxiety and panic attack symptoms,’ say the researchers.

‘Our hypothesis is that it will provide a drug-free, early intervention, and long-term treatment option that will improve patients’ anxiety and panic attack symptoms.’

In a second trial, at the Mayo Clinic, Minnesota, it’s being used for stress management in 100 heart attack patients. All will have the usual care for heart attack, while half will also get the device to use once a day for 12 weeks.

Sir Cary Cooper, a professor of psychology and health at Manchester University, said: ‘Anxiety symptoms, such as breathlessness, are the same whatever the cause, whether it is general anxiety, or worrying about whether your pacemaker will work.

‘This device seems to be a really good idea but it should be used alongside talking therapy and other treatments.’

Hormone levels could play a key role in the success rates of cognitive behavioural therapy (CBT), a talking therapy used for a range of conditions including anxiety and panic attacks.

Now a study published in the journal, Neuropsychobiology has shown that levels of the stress hormones cortisol and adrenocorticotropic hormone are higher in patients who do not respond to CBT.

It’s not clear why, but levels could be used as markers for who may benefit.

How tree pollen could be spreading Covid particles

Tree pollen is already known to be a carrier of other viruses.

Working on this understanding, physicists from the University of Nicosia in Cyprus have now used computer software to demonstrate how the particles might circulate Covid-19, too.

In their digital simulation, when 100 ‘people’, some of whom had Covid, stood 20 metres away from a tree, the pollen moved through the group in under a minute, reports the journal Physics of Fluids.

Statins can reduce the chances of early death from all causes, say researchers from University College London. The finding was based on 30 years’ worth of data, and showed that statins cut the risk of premature death by up to 46 per cent, reports the journal Family Medicine and Community Health.

Vaping is linked with men’s problems in bed

Using electronic cigarettes has been linked to a higher risk of impotence, in a review from Tulane University School of Medicine in the U.S.

Researchers analysed more than 40 studies that looked at e-cigarettes and erectile dysfunction (ED) and concluded that the vapour from e-cigarettes may lead to damage to the blood vessel lining — known as the endothelium. This controls the dilation and constriction (widening and narrowing) of blood vessels and plays a key role in ED.

While more studies are needed as to the exact mechanism, the researchers, writing in the journal Sexual Medicine Reviews, say that e-cigarettes should be used with caution.

The health wonders that lie in your larder. This week: Asparagus

As well as being a superb source of folic acid (crucial for the formation of new cells) and vitamin C, asparagus is a rich source of prebiotics — indigestible carbohydrates that stimulate the growth and function of ‘good’ bacteria in the gut, particularly bifidobacteria, which has been shown to help with constipation and to prevent infection with ‘bad’ bacteria.

Research at Sao Paulo University in Brazil suggested this boost to good bacteria can help stimulate a sluggish gut.

In a study, patients with chronic constipation who were given prebiotics had an increased frequency of bowel movement as well as a fall in clostridia bacteria, which can cause gut infections.

Turn up the volume on the radio if you’re feeling lonely. Scientists from James Cook University in Singapore reviewed studies involving more than 2,000 people and found that the louder you listen to the radio, the less lonely you might feel. They suggested this was possibly because it provided a sense of companionship that is stronger than the impact of loneliness. 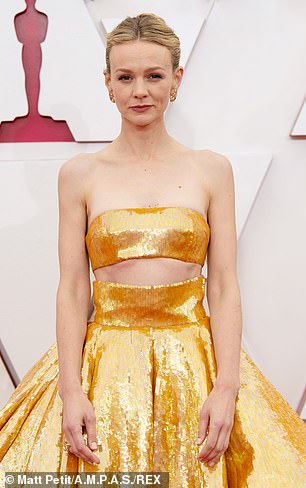 The actress, 36, says she keeps fit on her family’s ‘proper working farm’ in Devon

How to get the enviable physiques of the stars. This week: Carey Mulligan

Carey exuded glamour in a gold sequin gown that showed off her toned decolletage at the Academy Award. The actress, 36, says she keeps fit on her family’s ‘proper working farm’ in Devon.

What to try: The chest pass exercise will work muscles in the upper body and chest.

Lie on your back, knees bent and feet flat holding a weighted ball with hands at chest height. Keep lower back pressed into floor and abdominal muscles engaged.

Throw the ball up, straightening your arms, and catch the ball with straight arms. 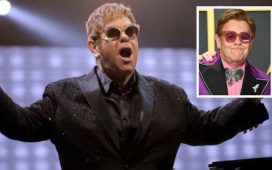 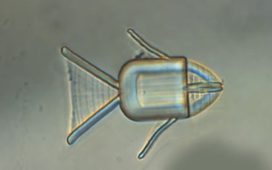 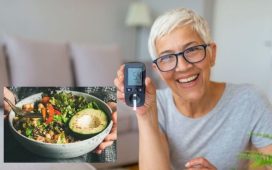