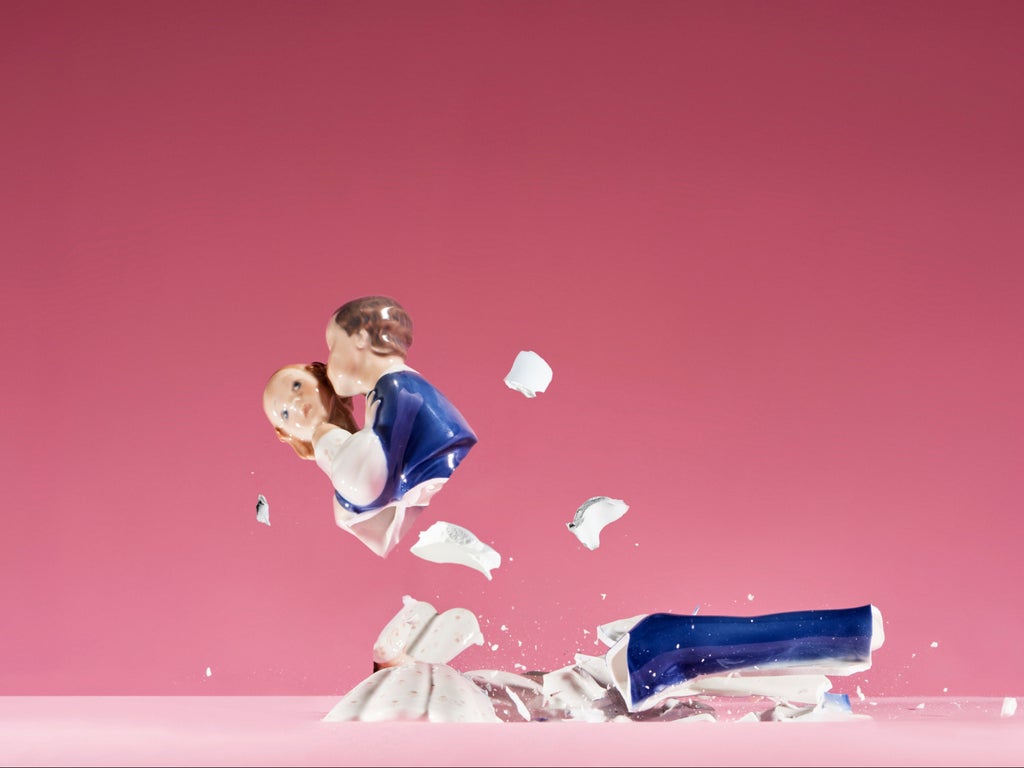 Matt Ford, 34, and Julianne Ponan, 32, were both teenagers when they started working at their local Waitrose in 2005. Hailing from neighboring villages in Surrey, they grew up visiting the same ice-skating rinks, libraries and shops. Today, they have been together for more than 11 years.

After forming a friendship at work, they kept in touch while studying at university in different cities, and eventually went on their first date in 2010. Now they are part of a cohort of 24 per cent of couples who met through work – the third most popular way to find a spouse. Tied for first, 28 per cent of today’s married adults either met through family and friends, or via an online dating app.

These figures were published in a study by UK-based charity Marriage Foundation last month, which surveyed 2,000 ever married adults aged 30 and over. It found that those who met online are six times more likely to divorce in the first three years of marriage compared to those who met through family and friends.

At the time, Marriage Foundation said the findings pointed to the importance of the role that shared social networks play in supporting couples in the early years of married life. “It suggests that couples who meet [online] might lack sufficient social capital or close support networks around them to deal with all the challenges they face when compared to those who met via friends, family or neighbours,” research director Harry Benson said.

In its report, the foundation predicted that one of the reasons couples who meet online may be more likely to divorce is the “possibility that they are marrying as relative strangers” and that they must form bonds with one another’s family and friends “from scratch, rather than being well-established over the years”.

While Ford and Ponan have only been married a month, their long history has afforded them an in-depth understanding of each other’s social networks dating back to their days at Waitrose, where they shared a friendship group and would often see one another’s parents in store. Ponan says this connection has been vital during the couple’s challenges.

“It means I can talk to my parents about things, and they can give me a sounding board because they know both of us really well. And that’s so important, they’ve seen his good times, his bad times, and from very young as well. It also means they aren’t biased, and can pull me up sometimes and say ‘actually, Julianna, you’re quite stubborn at times’, and see Matt’s point of view,” she explains.

Veronica Lamarche, a social-personality psychologist and relationship researcher at the University of Essex, says the way in which two people meet could affect the relationship they go on to have. “We all have different aspects of the self that we show in different social settings, so when you meet for the first time in a social context, or through other people you’ll likely only see the kind of person they are with those friends,” Lamarche says.

This can work in the couple’s favour as it often highlights shared interests, morals and viewpoints from the get-go, says Gayle Brewer, a professor in psychology at the University of Liverpool. “When you get to meet someone through your family and friends, those factors of compatibility are more pronounced. We gain lots of background information and we see how they interact with others, and treat other people,” she says.

On the other hand, there is a sense of positive “isolation” associated with meeting someone on an online dating app, Brewer says. “It might mean that we have more of those one-to-one deep, meaningful conversations where we can talk about their ambitions, and learn the things that are important to them,” Brewer explains, thus creating a sense of knowing each other’s “authentic self” at an earlier stage.

Iris Bennett, 29, met her husband Adam on Bumble in January 2019. She spoke to him on the app for a week before meeting him in person. Looking back on the beginning of their relationship, Bennett says she could confidently say she knew Adam well by the time she met his family or friends two months into their relationship.

Rejecting the study’s suggestion that couples who meet online are marrying as “relative strangers”, Bennett says meeting Adam in isolation from his social network gave her a clearer understanding of who he is today, as opposed to an opinion that factors in all of his past experiences and behaviours.

“When I met him, he was a very open, stable person. But when his friends and family talked about him, they told me that in the past he’s been quite shy, which is not the man I know now,” she says, giving one example. “We don’t feel like we know each other any less because we don’t have that history. I think he could pretty much tell you exactly how I’m feeling about something now, based on who I am today.”

One advantage of couples who meet through shared social connections identified by Marriage Foundation’s study, is that it gives people “access to reliable information from which to make a good decision about a life partner”. One couple proving that this information can be sought regardless of where they met, are Sana and Hakim Ikram. After matching on online dating app Muzmatch in January 2019, Sana invited Hakim to her family home on their first meeting. In the months that followed he would attend numerous events with her family.

“Having family involvement from the beginning gave our relationship a sense of seriousness and security. It showed me that he could fit in and hold his own, and that if I wasn’t there in the room, he would be fine,” Sana says.

Although it is true that just because two people meet in a social setting doesn’t mean they won’t go on to have these one-to-one conversations, or that those who meet online can still invite one another into their social spaces, Lamarche says that integrating social worlds with each other is key to feeling like a “unit”.

“Even if you start out in an online dating context with completely different social networks over time, they’re going to become more and more and meshed with each other,” she says. “It might not look identical to say, if you’re starting out with a high overlap, but they will become more similar and integrated over time”.

Marriage Foundation’s research found that the risk of divorce between couples who met through dating apps and those who met through family and friends levels out after approximately five years of marriage. Benson says that around this marker, the couple will have “developed mutual friends” and established a “pattern of life”. “By that point, the background of how two people came to meet matters an awful lot less,” he adds.

While experts agree that shared social connections can be an aid to couples when dealing with stressors in a healthy relationship, Lamarche proposes that increased social capital can also be a barrier to leaving an unhealthy marriage. She says this could explain the increased rates of divorce in those couples who met online in the first five years, as they may feel they have more free agency to part ways.

“Not divorcing doesn’t mean you’re in a satisfying, happy and healthy marriage,” she says. “If you have a mutual social network that is invested in your relationship, versus a situation where those networks are still meshing and coming together, there might be more of a consistent pressure to try and keep you together.”

Although experts have highlighted Marriage Foundation’s findings as significant, little other research has been carried out on whether where couples meet has a significant impact on their relationship. While the study points to the benefits of shared social capital for a healthy marriage, couples who met on social media – both years ago and more recently, are less convinced that it has had a lasting impact on their relationship.