NEWSCABAL
Home » Is the Copa Libertadores final on TV tonight? Kick-off time, channel and how to watch Palmeiras vs Flamengo
football 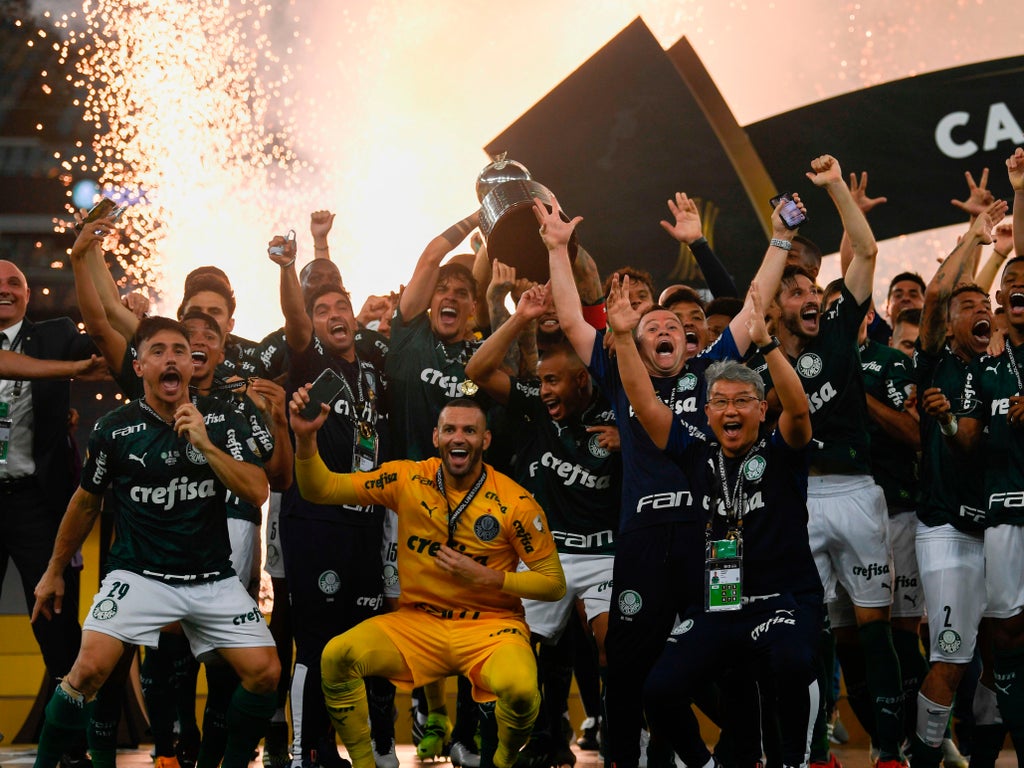 Palmeiras will seek to make it back-to-back Copa Libertadores triumphs tonight when they face Flamengo.

With last season’s edition of the South American club competition disrupted by the coronavirus pandemic, its showpiece game was delayed until this January, when Palmeiras emerged victorious for the first time since in 20 years.

Fellow Brazilian club Flamengo, meanwhile, are out to regain the trophy. Like Palmeiras, they are two-time champions of the tournament, winning it in 1981 and 2019.

Palmeiras booked their spot in the final by edging past Atletico Mineiro on away goals, while Flamengo saw off Barcelona SC 4-0 across two legs.

Here’s everything you need to know about the 2021 Copa Libertadores final.

The match will kick off at 8pm GMT on Saturday 27 November.

In the UK, the game will air live on BBC iPlayer, with coverage beginning at 7.45pm GMT.

Flamengo are in better form than Palmeiras but have suffered from poor discipline recently, reduced to 10 men in their last two matches. They will need to stay more composed here in order to beat Palmeiras, who we’re favouring to edge this final – possibly on penalties.