NEWSCABAL > world > Is Ted Cruz Canadian and where was he born?
world


TEXAS senator Ted Cruz has been the subject of many strange questions – from people querying if he is the Zodiac Killer to those googling why he keeps fighting with Seth Rogan on Twitter.

One question that keeps resurfacing is about his nationality. Here is all you need to know about it.

How old is Ted Cruz?

Rafael Edward Cruz was born in December 1970 and is 47 years old.

He married Heidi Nelson in May 2001 and they have two daughters, Caroline and Catherine.

He is seen as being on the right of the Republican party, taking a strong pro-life stance on abortion and has opposed same-sex marriage and civil partnerships.

He has also taken a hard-line stance on immigration and supported the Trump administration’s policy of separating migrant children from their parents.

He is considered a US citizen because of his mother and having her American citizenship at birth.

His family decided to live in Canada while his father was working for the Canadian oil industry at the time, when Cruz was a baby. They moved to America when he was four. He grew up Texas and later attending Princeton University and Harvard Law School.

His political rivals have in the past used his upbringing in Canada against him in public.

Donal Trump called him: “an anchor baby in Canada” back in 2016.

When did he become a US Senator?

He was elected to the U.S. Senate in 2012 and began his first term representing Texas in 2013.

After taking office, he became a leader of the conservative movement in Congress.

How many kids do Senator Ted Cruz and his wife Heidi have?

Who is Alexandria Ocasio-Cortez and when did she meet Greta Thunberg?

How old is Beto O’Rourke and will the Democrat run for President in 2020?

Trump blasted by new Congresswoman who yells ‘impeach that motherf***er’

Has he ran for president before?

In 2016, Cruz ran for president of the United States.

He placed second behind Donald Trump in the Republican primary.

During the race, he became the first Latino candidate to win a presidential caucus or primary. 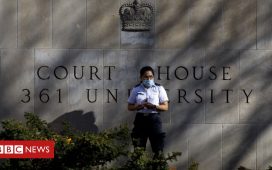 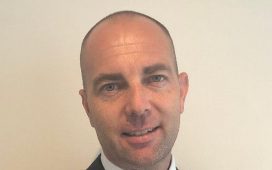 British father, 46, is killed after kayak is washed out to sea

Pope Francis will still travel to Iraq despite rocket attack: 'We can't disappoint'