Is Rupert Murdoch still welcome in his native land?


Michael Gill is executive counselor at Dragoman. He is a former publisher of the Australian Financial Review.

A petition seeking a royal commission into media ownership in Australia has attracted more than 500,000 signatories. Two of them are recent Prime Ministers of Australia, one of whom has initiated what is an explicit effort to question the role of Rupert Murdoch and the media empire he controls there.

Kevin Rudd, the instigator, and Malcolm Turnbull have at least two things in common, aside from their roles as petitioners. Both were Prime Minister and both were tipped out of their role by their own party — in Rudd’s case, twice. The two PMs, along with Murdoch, are central to what has been a turbulent period in Australian politics.

To begin with the media question, we need to go back to 1987. Up to that time, Murdoch’s business had grown overseas from a very small base in Adelaide and Sydney. But in 1987, a very great opportunity emerged through the deep antipathy toward established media of the federal government led by Bob Hawke and, in particular, his Treasurer Paul Keating.

Keating introduced laws that changed the media landscape by allowing concentration of ownership segregated by type. Moguls might be a prince of print or queen of the screen, but not both. Concentration was henceforth measured nationally, rather than by city or region.

Murdoch was able to buy the largest newspaper companies in Melbourne, Brisbane, Adelaide and Perth by a maneuver enabled through the cross shareholdings in a network of companies known as the Herald and Weekly Times group, or HWT. His Perth monopoly newspaper had to be sold to get under the national limit, since Murdoch already had the popular daily in Sydney. Overnight, Murdoch’s news media became an extremely influential force that Australia had not previously experienced, the loose federation of HWT transforming into a uniform News Ltd. identity that was prominent or dominant in every major city. 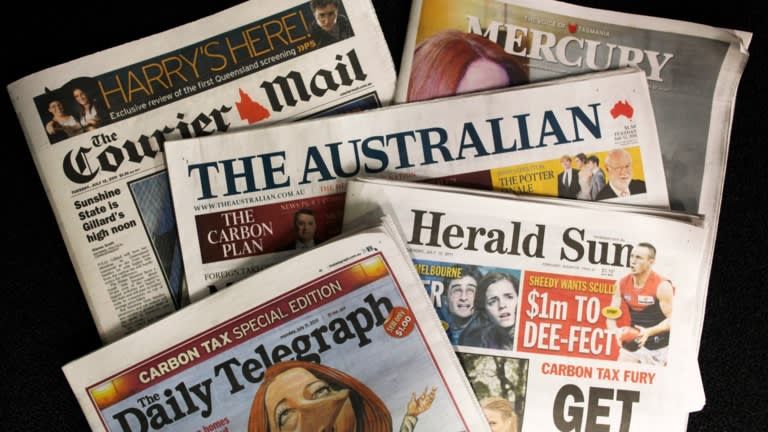 Some of the mastheads published by News Ltd., Rupert Murdoch’s newspaper empire.

The Australian consolidation gave Murdoch a stable flow of cash to finance his remarkable and often risky projects. Keating’s reforms effectively enabled adventures that created the global Murdoch business empire and perhaps confirmed the aura, or belief, that saw Murdoch stare down governments as he broke into television and other media markets despite what often appeared to be contrary regulations.

By the time Rudd and Turnbull appeared on the political scene, much had changed in media and in Australian politics, which has become fractured, with entrenched ideological postures supplanting what had been for some decades a contest for the middle ground. Rudd’s Labor Party had been enormously successful through the 1980s with a formula that was inclusive of the broader polity and reformist in ways that aligned with Australians’ aspirations. Turnbull’s Liberal Party had experienced a long, stable period in government under Prime Minister John Howard. Then came a period of largely ego-driven factional mayhem within both parties.

From 2008 to 2018, Turnbull, Rudd and a third critical player, Tony Abbott, were engaged in political warfare that saw each of them appointed and deposed more than once as both leader of their party and, in each case, Prime Minister. The fact that Julia Gillard was Prime Minister of a Labor government from 2010 to 2013 highlights the remarkable extent of this turmoil. The public were innocent bystanders in a parallel series of blood feuds within Australia’s dominant political parties.

Media had been unstable for much longer. Digital technology exposed the media consumer to choices and power in an increasingly rich array from the late 1990s. By the new century, aggregation of advertising by new media had eroded the deep streams of cash that were once guaranteed by ownership of the biggest print run in town. Murdoch had begun to shift his business toward more sustainable goals, picking in the U.S. a niche for popular TV. Fox tapped a market that happened to be rich with opportunity in the digital era.

The Murdoch paradox at this time was in the eroding incomes of his newspaper lifeblood and the rising financial success of his opinionated pay-TV invention. Inevitably, the success of one imposed itself on the other and the Australian newspapers became strident voices. Today it is relatively easy to identify the characters who have made a career by adopting personae that fit the Fox script for success. This is what Turnbull and Rudd rail against. Because Tony Abbott was, at least a facsimile of, the creature of these media times.

Yet Abbott did not last and neither will the newspapers that Rudd and Turnbull rail against. People in Brisbane and Adelaide have long held strong negative views of their monopoly newspapers. The Daily Telegraph in Sydney is a business problem for Murdoch and the once robust Herald Sun in Melbourne is fading.

Rudd and Turnbull are right, but too late. Better they had acted when in power. Now, the issues are about leadership and political will in a time of complexity and challenge. A decade of brawling and ideological posturing has made politicians almost allergic to previously consensual commonplace decisions, right down to matters of medical science. Murdoch’s power remains, but is expressed more as a tired finale than the preamble of a new act. 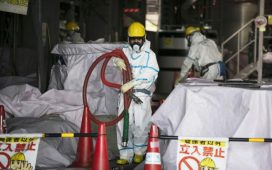 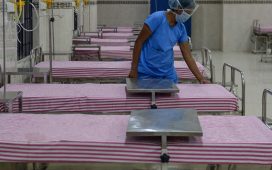