NEWSCABAL
Home » Is it ever a good idea to raise a child as a vegan or a vegetarian?
tech news

Is it ever a good idea to raise a child as a vegan or a vegetarian? 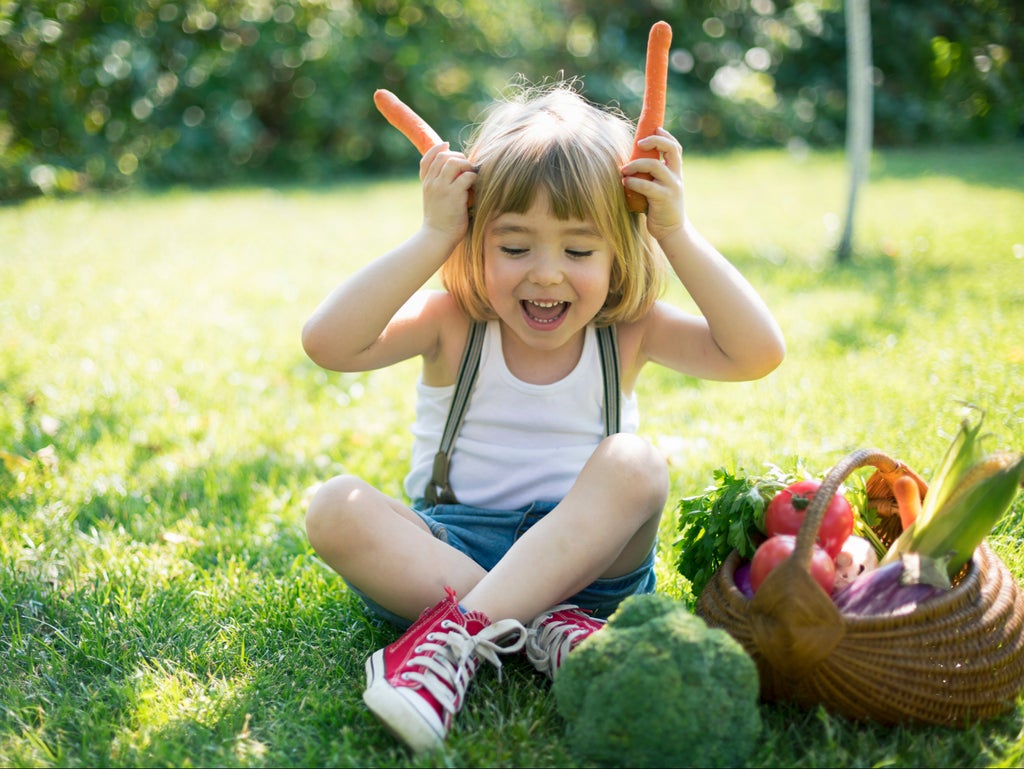 Earlier this month, TikTok user Tasj Rose divided followers when she posted a video declaring that she planned to raise her baby daughter as a vegan.

The clip showed Rose, holding her daughter Oak while Aloe Blacc’s The Man played in the background. “You’re not really going to raise her vegan, are you?” the caption of the video said, before the lyrics of the song, “Yes I am, yes I am, yes I am” could be heard.

Some were outraged, telling Rose that children “need meat in their diets”. Others supported her decision and said they also feed their children plant-based foods. Many argued that Rose was taking away Oak’s freedom of choice.

The mother cleared up the matter in the comments, telling users that Oak would be free to make her own decisions when she is older, and whether she eats a vegan diet will be “completely up to her”.

UK data suggests that the number of people adopting a vegan or vegetarian diet is increasing. A survey published by The Vegan Society in May 2021 found that one in five people had reduced their meat consumption in the 12 months prior.

Just over a third, 35 per cent, said they were motivated by health concerns, while another 30 per cent said the environment was their biggest concern. Additionally, one in four said animal rights issues were their primary motivation.

Research published by Mintel in September last year also found that more than one in three people (32 per cent) now drink plant-based milk, a rise from 25 per cent in 2020.

But where children are concerned, is it a good idea to implement plant-based diets? As response to Rose’s video shows, there are several issues to tackle.

Is a vegan or vegetarian diet a healthy choice for a child?

When it comes to children’s physical health, experts agree that children can be brought up healthily on a vegetarian or vegan diet, but guardians will need to plan their meals extra carefully to ensure there is a balance of food groups.

“Well planned plant-based diets such as vegetarian or vegan diets tend to be higher in fruit and veg, wholegrains and dietary fibre while being lower in saturated fat and free sugars,” Sarah Coe, a nutrition scientist at the British Nutrition Foundation explains.

“But, if a child’s diet is more restrictive, especially some vegan diets, there can be a greater risk of nutrient deficiencies. The high fibre content of some vegetarian and vegan diets may mean that preschool children feel full up before they’ve eaten enough calories and nutrients.”

To combat this, parents should aim to include more energy and nutrient dense foods and focus on varied protein sources. These include pulses, beans, and soya products. Those who are vegetarian should consider adding eggs, milk and cheese to their child’s diet.

“Vegetarian and vegan children may need an additional vitamin B12 supplement if they are not getting enough from the diet, but a GP or dietitian will be able to advise,” she adds.

Judy More, a paediatric dietitian, claims that children who are raised on a vegan diet “don’t grow to be as tall”.

A 2021 study by University College London’s Great Ormond Street Institute of Child Health found that children aged between five and 10 who eat plant-based diets grow to be three centimetres shorter, on average, than children who eat meat.

More says this is to do with the proteins found in milk and meat. “You can plan a diet which on paper looks like you’re getting all the nutrients, but actually it’s about the type of protein. And it seems without milk and meat proteins children won’t grow to their optimal height.”

Additionally, children raised on a vegan diet may not achieve ideal brain development. “If you cut out fish, eggs and milk, you’re cutting out their sources of iodine which is really important for a growing brain.”

This could be counteracted with the use of supplements, but even this can pose problems. “There are children’s supplements that have iodine in them, but the supplement market isn’t regulated. In some supplements, what they say on the box is not the same as what you are getting in the product,” More says.

Does a vegan or vegetarian diet affect children’s psychological development?

There are also psychological factors to consider. Ryan Lowe, a child psychotherapist and spokesperson for the Association of Child Psychotherapists, says there are some advantages of choosing to implement a vegan or vegetarian diet early on in your child’s life.

“It builds empathy and sensitivity to others and a very different way of looking at the world, and it creates a level of being able to think about and bear pain. I think this is an important part of bringing up a well-adjusted and empathetic human being,” she adds.

However, she advises making the decision on diet early on, as it can have negative consequences in adolescents. “There’s a difference between bringing your child up as vegan or vegetarian at birth and then switching them.

“Particularly in adolescence, this would have to be handled sensitively. The younger they are the better. Parents need to be careful not to introduce any anxieties or shame around food along with the change in the diet,” she adds.