NEWSCABAL > football > Is Arsenal vs Everton on TV tonight? Kick-off time, channel and how to watch Premier League fixture
football

Is Arsenal vs Everton on TV tonight? Kick-off time, channel and how to watch Premier League fixture


If a Europa League or Europa Conference League spot appeals to either manager or squad of players, a big three points is on offer on Friday night as Arsenal host Everton.

The winners will be eighth, still with work to do across the last few games of the season, but they’ll at least be in position to push on if the likes of Spurs or Liverpool slip up further above them.

Arsenal will be keen to find some sort of consistency in the latter part of the campaign, though they may also have their attention split as they head into the Europa League semi-finals, where they will face former manager Unai Emery and his new club Villarreal.

Everton are without a win in five, taking just three points from the last 15 available to entirely fall out of the running for a top-four finish, but still showing signs of improvements at times which should give fans hope for next year.

Here’s everything you need to know before the match.

The game kicks off at 8pm on Friday 23 April.

The match will be televised live on Sky Sports Main Event, Sky Sports Premier League and Sky Sports Ultra HD with coverage getting underway at 7:30pm. If you’re not a Sky customer you can grab a NOWTV Day Pass here to watch without a subscription.

Arsenal will continue to be without David Luiz and Kieran Tierney because of injuries, while Alexandre Lacazette could also be a doubt following a hamstring issue. However, Martin Odegaard could return to the team following a foot injury, as could Pierre-Emerick Aubameyang, who was recently treated for malaria.

Arteta is likely to make changes to his starting XI, with Nicholas Pepe and Thomas Partey likely to be included. Nketiah could play in the middle if Aubameyang has not returned.

Everton have a number of injury concerns, with Abdoulaye Doucoure, Jean-Philippe Gbamin, Fabian Delph, Yerry Mina and Bernard all unavailable for this fixture.

Andre Gomes is likely to return from injury and the Toffees will be hoping that Dominic Calvert-Lewin is cleared in time for the match.

Everton’s away form this season has been very good, but they haven’t won at Arsenal since January 1996. Both teams have had unreliable form in recent weeks and with Everton’s many injuries, it is likely that Arsenal will come away with a victory on Friday night. Arsenal 2-1 Everton 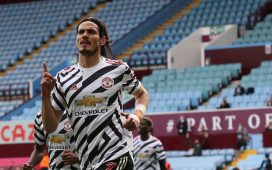 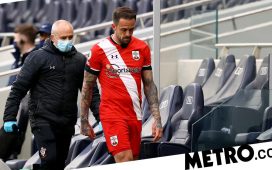 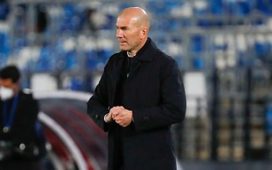 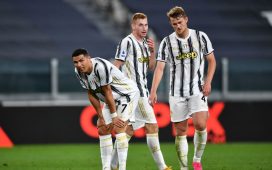 Juventus threatened with expulsion from Serie A