Ireland’s state broadcaster, RTÉ, has apologised after an outcry over a television comedy sketch that depicted God as a rapist.

A countdown show on New Year’s Eve included a mock news report about God being the latest prominent figure implicated in a sexual harassment scandal.

“The 5-bn-year-old stood accused of forcing himself on a young Middle-Eastern migrant and allegedly impregnating her against her will, before being sentenced to two years in prison, with the last 24 months suspended,” said the newsreader. “Following the news, movie producer Harvey Weinstein requested a retrial in Ireland.”

“This outrageous clip should be removed immediately and denounced by all people of goodwill,” he tweeted. “To broadcast such a deeply offensive and blasphemous clip about God and Our Blessed Mother Mary during the Christmas season … is insulting to all Catholics and Christians.”

In a statement, RTÉ apologised and said it would respond to complaints according to statutory rules. It did not promise to remove the sketch from the RTE Player.

“RTÉ recognises that matters which can cause offence naturally differ from person to person, within comedy and satire in particular. Having reviewed the feedback and complaints received up to this point, RTÉ wishes to apologise to those who were offended by the segment.”

The group Atheist Ireland defended the broadcaster’s right to transmit material deemed offensive and cited a 2018 referendum that removed a prohibition on blasphemy from the constitution.

The Guardian view on Brexit and bureaucracy: the cost of absurdity | Editorial 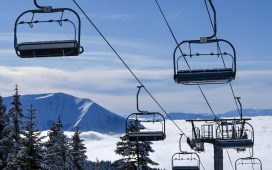 France to keep ski lifts shut due to Covid-19, in blow to winter sports tourism