A Democratic Unionist peer has said he has been forced to hold an Irish passport because of discrimination by the Home Office.

Willie Hay, Lord Hay of Ballyore, told MPs he would not submit to a Life in the UK citizenship test and neither should 40,000 other people like him who were born across the border but have lived their entire lives in Northern Ireland.

He said that when he applied for a British passport he was told he had to apply for citizenship first and was invited to attend an interview to prove his nationality, but he refused to do so on the grounds it was unjustified.

“You’re living your life, you’re part of the United Kingdom. You pay your taxes. We are also voting, whether in the House of Lords or wherever that might be. I don’t believe I should be having to go to Liverpool [for the Life in the UK test] for something [for which] proof is already there.”

A prominent member of the DUP, Hay has held several senior positions in public life including speaker of the Northern Ireland assembly and mayor of Derry.

He has been part of the British political machinery and been given “important security” briefings from the police and MI5, and yet he said he was not seen as British simply because he was born 10 miles across the border in Donegal.

He said it was “absolutely crazy” that Irish citizens in Northern Ireland who have never lived in the republic could easily get Irish passports and people like him could not get British passports.

That “goes against the grain” of the Belfast Good Friday agreement, which allows citizens in Northern Ireland to identify as British, Irish or both, he said.

“I count myself as British. At this moment in time, I need to hold an Irish passport to get to where I need to get to,” he said, arguing that the British government was driving people like him into Irish citizenship.

He said many people were also put off applying for a British passport because of the £1,300 cost of the citizenship process. Irish passports, by contrast, cost about £70, he said.

He called on people in the “highest level of government” to resolve the matter but said he feared the Home Office was “afraid of opening a Pandora’s box” around immigration rules.

He told the MP Ian Paisley that he felt “very much” that his human rights were being breached, as did “many, many other people across NI, people who have come from the Irish Republic, now living in Northern Ireland for all their lives.”

In contrast to the Home Office, the Irish were eager to hand out passports to their citizens. “There is nothing they would not do” to award a passport, he said. There was even a tracking service to see how an application was progressing. “That’s how slick they are”.

The committee also heard from Emma de Souza, a campaigner who took the government to court over the citizenship rights of her American-born husband.

She told the committee that 23 years after the Good Friday agreement, more work needed to be done to give the citizenship rights espoused in the deal “legal meaning” 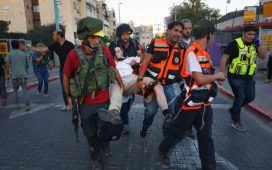 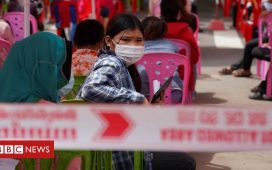 'I have no food': What it's like to live inside Cambodia's Covid red zone

Samoa is experiencing a bloodless coup. The Pacific’s most stable democracy is in trouble | Fiona Ey 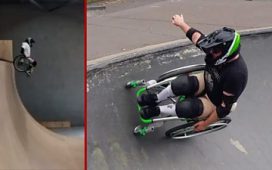