Leo Varadkar hoped Friday’s by-election in Wexford would set a positive tone for the young Irish premier’s re-election campaign next year. Things have not worked out that way.

Mr Varadkar handpicked a well-known business leader to fight for his Fine Gael party in this south-eastern town, which is voting to replace an MP who has taken up a seat in the European Parliament.

But the choice has backfired badly for Mr Varadkar after Verona Murphy repeatedly criticised immigrants and asylum-seekers — leaving her fending off claims in parliament of using “racist” language while also making her seem shaky on local people’s deeper concerns.

“The reality is that immigration has not been coming up on the doors,” said Malcolm Byrne, of the opposition Fianna Fáil party, as he campaigned in heavy rain last week.

Although Ireland is grappling with increasing pressure to find accommodation for asylum-seekers, Mr Byrne, now the favourite for the seat, said voters were mainly preoccupied by housing, health and education.

The Wexford poll is one of four by-elections on Friday — a difficult test for Mr Varadkar. The taoiseach has been riding high after a new Brexit deal with Boris Johnson that prevented severe damage to the Irish economy. However, Irish governments rarely win by-elections. Close allies of Mr Varadkar said at best he could hope to take one of the four seats.

A poor performance would inflict a blow on the taoiseach and his government ahead of a general election which is widely expected in 2020. Mr Varadkar heads a minority government, propped up by a confidence-and-supply parliamentary voting deal with Fianna Fáil. The increasingly shaky agreement is expected to endure only as long as there is uncertainty over Brexit: if Britain’s exit from the EU is confirmed after next month’s UK election, analysts expect an Irish election to follow in spring or early summer.

Mr Varadkar believed he backed a winner in Wexford by nominating Ms Murphy — a transport business owner who came to national prominence as chief of the haulage industry body during intense Brexit debates — as a “local and vocal” representative.

But now he has come under fire for not deselecting her after she claimed in a succession of interviews that Islamic State had a big influence among Ireland’s immigrant population. She suggested some asylum-seekers must be “deprogrammed” as they may have been infiltrated by the terrorist group and that it may have manipulated children as young as three.

Mr Varadkar said Ms Murphy was misinformed, ill-advised and wrong but stood by her candidacy. She apologised repeatedly, said she had a poor understanding of the issues and visited a reception centre for asylum-seekers. Fine Gael said last week that Ms Murphy was not available and she did not reply to a phone call.

Rival candidates are aghast. “The last thing we need is that stirred up in our country,” said Karin Dubsky, the Green party candidate and herself the daughter of migrants into Ireland from Germany. “How can she say ‘infiltrated by Isis’? No. [Suffering the] trauma of war is what she should have said.”

The row over the remarks has stirred concern about anti-migrant rhetoric spilling into the general election, even though populist far-right campaigners remain on the fringes in Ireland.

After 39 Vietnamese people were found dead in a trailer in Essex in October, the risks some migrants take were highlighted again last week when 16 people were found alive in a truck aboard a ferry destined for the Wexford port of Rosslare.

In the housing estates of Wexford on the night the ferry docked, there was little overt support for Ms Murphy.

Linda Cleere, a retired factory worker, was surprised Mr Varadkar did not drop her. “Politicians have to think before they talk and not all of them do,” Ms Cleere said. “She was wrong to bring it up to begin with. To put every one of them in the one hat, that’s very wrong. Anyone I’ve spoken to is saying it. She’s not very popular at the moment.”

Jim Kelly, a retired pub and wholesale trade worker, said “the majority of people” were unhappy with Ms Murphy and surprised at her remarks. “I couldn’t believe that she came out with a statement like that.”

The affair comes after protests against new centres for asylum-seekers in some rural locations. A car owned by an MP for the opposition Sinn Féin party was burnt out recently after he spoke out in support of one such centre.

Pippa Woolnough, head of advocacy for the Immigrant Council of Ireland, said the country was increasingly diverse, with one in eight people from a migrant background.

“If you’re not leading the conversation about the benefits of increasing diversity or increasing migration that’s the space in which populism and anti-migrant rhetoric can take hold,” she said. “A previously disorganised far-right element [is] getting increasingly organised and occupying a vacuum in our political discourse.”

David Farrell, head of politics at University College Dublin, called on political leaders to tackle the issue head-on together. “I hope this just a series of unhappy events that we move along from. The fear is that this is more than that.” Mr Farrell said.

“Many of us have been saying for some while now that Ireland has been very fortunate to dodge the extreme right populist bullet that has hit so many European countries and further afield. But there’s no particular reason why that should continue forever.” 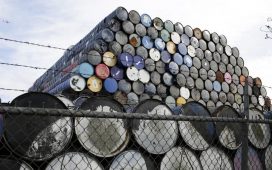 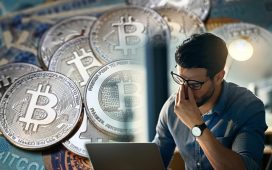 I was a cryptocurrency millionaire for about 5 minutes with $1.3million – then I lost everything as the coin crashed