Anti-government protesters in Iraq burned down an IranianConsulate Wednesday, as unrest continues to grow against Iraqi lawmakers and Tehran‘s growing influence in Iraqi affairs.

The consulate building in Najaf was torched and the Iranian flag was removed and replaced with an Iraqi one. Staffers inside were not harmed and escaped through a back door.

One protester was killed and 35 were wounded when police opened fire to prevent them from entering the facility. Protesters previously attacked an Iranian consulate in Karbala earlier this month. No one was harmed in that attack.

Wednesday’s events marked an escalation in demonstrations that have raged for weeks across southern Iraq over dissatisfaction with public services, government corruption and high unemployment despite the country’s oil wealth.

ROCKETS FIRED ON IRAQ BASE WITH U.S. TROOPS, NO ONE INJURED, PENTAGON SAYS

At least 350 people have been killed and thousands injured in what has become the largest grassroots movement against the government in Iraq’s history. The unrest has become the country’s biggest challenge since the defeat of the Islamic State terror group that took over vast swaths of territory several years ago.

Demonstrators across southern Iraq have burned tires and blocked access to roads leading to major oil fields in several provinces. Major roads to Umm Qasr and Khor al-Zubair ports were blocked on Wednesday, reducing trade activity by 50%, according to the port official.

The bombings occurred near Tahrir Square, the epicenter of Iraq’s anti-government demonstrations. 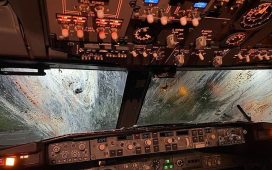 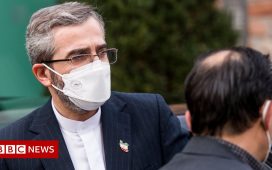 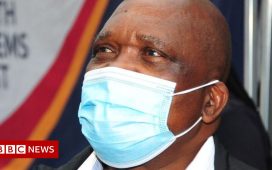