Iran says Trump is trying to fabricate pretext for war


The Iranian foreign minister, Mohammad Javad Zarif, on Thursday accused Donald Trump of attempting to fabricate a pretext to attack Iran, and said Tehran would defend itself forcefully.

Separately, a military adviser to Iran’s supreme leader warned Trump “not to turn the New Year into mourning for Americans”.

Zarif said in a tweet: “Instead of fighting Covid in US, @realDonaldTrump & cohorts waste billions to fly B52s & send armadas to OUR region. Intelligence from Iraq indicate plot to FABRICATE pretext for war.”

The US military flew two nuclear-capable B-52 bombers to the Middle East in a message of deterrence to Iran on Wednesday, but the bombers have since left the region.

The Pentagon announced on Thursday that the Nimitz aircraft carrier, which was off the coast of Somalia, would be heading back to its home port. The aircraft carrier had previously operated in the Middle East and some US officials said the move could be seen an attempt to reduce tensions in the region.

In recent days, there has been increased concern and vigilance about what Iranian-backed forces might do in the lead-up to the anniversary of a 3 January US drone strike in Iraq that killed top Iranian general Qassem Suleimani, the official said.

Washington blames Iran-backed militia for regular rocket attacks on US facilities in Iraq, including near the embassy. No known Iran-backed groups have claimed responsibility.

Iran is preparing to hold events marking the anniversary of Suleimani’s killing.

Hossein Dehghan, a military adviser to Ayatollah Ali Khamenei, said on Twitter: “I saw on the news that the Americans are on alert for fear of the revenge (over Suleimani’s killing) and have flown two B-52 bombers over the Persian Gulf.”

“All their military bases in the region are covered by our missiles. I advise the White House evictee (Trump) not to turn the New Year into mourning for Americans,” said Dehghan, a former defence minister.

Earlier this week, an American military officer close to the situation told reporters that the US had detected signs that Iran had made preparations for possible attacks on US or allied targets in Iraq or elsewhere in the Midlle East.

Trump recently cited “chatter” that Iran might strike. Days after a 20 December rocket attack on the US Embassy compound in Baghdad by Iranian-supported Shia militia groups, Trump tweeted that Iran was on notice.

“Some friendly health advice to Iran: If one American is killed, I will hold Iran responsible. Think it over,” Trump wrote on 23 December. He added: “We hear chatter of additional attacks against Americans in Iraq.” 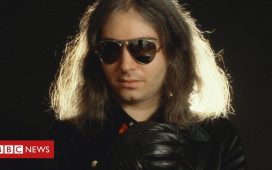